"The greatest importance of the internal dissident movement in Cuba today, is that it has proven that political action can be consistent with what conscience knows and that is that the force of reason is, and should be more powerful than the reason of force."- Bishop Agustín Román (2006) 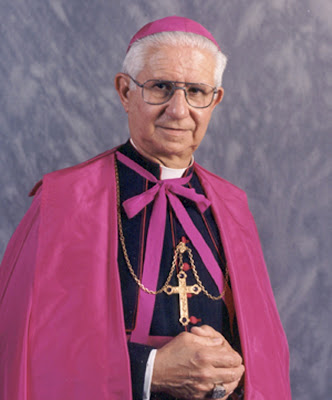 Hard to believe it has only been a year since Bishop Agustín Román was called home. His absence has made it feel much longer and a deeper appreciation of his importance to this community and all of us in it.

Over the next few days there will be services held in his honor and prayers both for his eternal repose as well as for his intercession.

Bishop Román once said that "If what we do for Cuba, we do not do for love, better not to do it."  He had a great understanding of what was taking place in the land of his birth and the gift to lay it out in a manner that most could understand.

In the realm of political struggle he was an advocate for nonviolent civil resistance who said that violence was "not be a favored option, much less a practice or method of justifiable struggle."

In 2006 he spoke of the challenges facing Cuba and of the Cuban dissident movement and his observations remain extremely relevant and needed seven years later.