Conflict Escalation in Cuba and Venezuela: Nonviolent dynamics and a call to action

"We have not chosen the path of peace as a tactic, but because it is inseparable from the goal for which our people are striving. Experience teaches us that violence begets more violence and that when political change is brought about by such means, new forms of oppression and injustice arise. It is our wish that violence and force should never be used as ways of overcoming crises or toppling unjust governments." - Oswaldo Payá Sardiñas, Strasbourg, France December 17, 2002 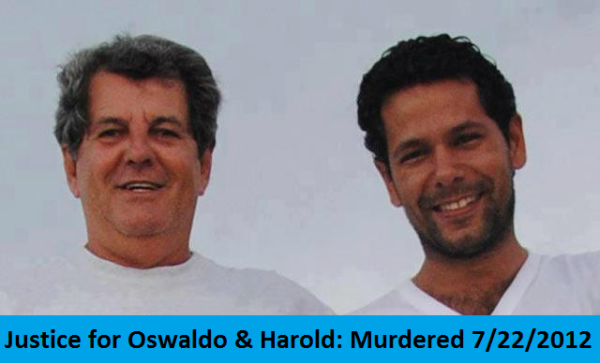 640 days ago civic nonviolent leaders Oswaldo Payá Sardiñas and Harold Cepero were killed under extremely suspicious circumstances on July 22, 2012 in Cuba. Both men had led lives of nonviolent resistance to injustice.

Since February 12, 2014 43 have died during anti-government demonstrations and it has now been confirmed that at least some of the youth shot in the head, were shot by government agents.  The struggle in Cuba has been going on for more than 55 years and Venezuela's now for 15 years.  While reading Michael N. Nagler's new book, "The Nonviolence Handbook: A Guide for Practical Action" read a passage that struck me with regards to the struggles now taking place in these two countries:

"Conflicts escalate when they are not resolved, and if they are left untended they can rapidly get out of control." From the nonviolence point of view, the intensity of a conflict is not necessarily a question of how many guns or how many people are involved (the same metric would work for a quarrel between lovers as between nations); it is primarily about how far dehumanization has proceeded. If someone no longer listens to you, is calling you names or is labeling you, it’s probably too late for petitions. In terms of knowing how to respond, we can conveniently think of this escalation in three stages that call for distinct sets of responses. Let’s call these three stages Conflict Resolution, Satyagraha (active nonviolent resistance), and—hopefully this is rare, but it helps to know it exists—Ultimate Sacrifice (see Figure)." 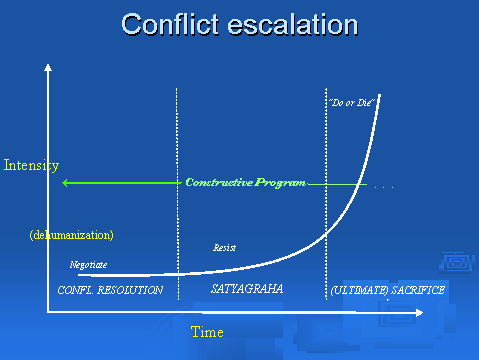 In both countries the regimes in power call those who oppose them: worms, and fascists. Presently sectors of the political opposition in Venezuela have sat down to dialogue with a government whose leadership rejects the legitimacy of the opposition but uses the process for tactical purposes to slow the imposition of international sanctions for their systematic human rights violations. In Cuba, the opposition is not only not recognized but also illegal.

Unfortunately, the time for conflict resolution in both countries has long passed and in the case of Venezuela the democratic resistance is engaged in Satyagraha via mass demonstrations and many young people are also risking their lives continuing to march and protest the abuses and failures of the Maduro regime. In Cuba there has been a nonviolent opposition that for decades has engaged in projects and campaigns: both constructive and resisting the regime paying a high price and risking all. These oppressive regimes thrive on violence and hatred and seek to provoke it in both their supporters and opponents in a spiral of dehumanization that entrenches an unjust and exploitative system with deep structural violence.

How to confront it? With nonviolence, love and a coherent strategic vision that involves a constructive program as well as creative nonviolent resistance. More on that in a later entry. In the mean time people of good will can take two concrete actions.

The families of Oswaldo Payá Sardiñas and Harold Cepero are seeking an international investigation into their deaths to arrive at the truth of what happened and are gathering signatures in support of this. Signers thus far include the South African Nobel Laureate Archbishop Desmond Tutu.

Amnesty International has a signature campaign underway calling on the Venezuelan government to investigate human rights abuses and prevent further human rights violations in the context of the ongoing protests.