The Christian Liberation Movement's statement on US Cuba Policy 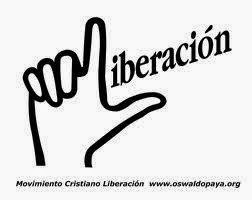 Declaration of the Christian Liberation Movement

Today the government of the United States in the person of its President Barack Obama and the Cuban regime, represented by General Raúl Castro, made statements announcing several steps for the normalization of relations between the two governments.

Given the importance of the subject, the Christian Liberation Movement wants to express:

1- We understand the discretion that diplomacy requires on the issue of release or exchange of prisoners, but regret the secrecy achieved in core subjects for all Cubans as is the recognition of a over half a century long tyranny by one country, that embodies democratic values as foundational to that nation. We remind the United States that it should maintain consistency between these principles and the actions of their political representatives.

2- The Christian Liberation Movement does not advocate isolating Cuba and this means that any attempt at rapprochement and cooperation on the part of any foreign nation in favor of the freedom and the rights of the Cuban people, should consider all Cubans as equal. The power which holds the Cuban military junta has been sustained with repression, death and the exile of thousands of Cubans. Recognizing this political oligarchy as the sole interlocutor, is to accept and fall into the exclusionary logic that for 57 years has suffered the Cuban Nation.

3- Sovereignty is the ability of a people to decide on their present and future, this translates democratically into free and pluralistic elections. To carry out these elections in an atmosphere of absolute respect for the liberties and political rights is the only interpretable signal of real change towards democracy. Neither the influx of capital, or tourism, or any economic concessions are sources of political freedoms. The examples of China and Vietnam make this clear.

4- The Christian Liberation Movement was born from the need for the people to regain their power of decision-making. Our proposed solution has been since 1988 to hold a referendum. Our reference remains and will continue to be the legitimate right of the Cuban people to lead through the ballot box any expectation of change. Neither the US policy or the policy of any country or institution in the world has been part of our strategy. The rescue of the rights of the people of Cuba is our aim. We call that more than change, Liberation.

Let no one speak for Cuba, authentic solidarity is expressed recognizing and supporting that all Cubans are consulted in a free referendum that returns the sovereignty to the people.

In name of the Coordinating Council of the Christian Liberation Movment

Original text in Spanish
Posted by John Suarez at 7:29 AM