On May 13, 2015 at 4:30pm a mass was celebrated at the Church of the Pasionistas in Havana, Cuba with the presence of Rosa María Payá. Rosa arrived in Cuba on May 11, 2015 and laid a flower at her father's tomb. Oswaldo Payá and Harold Cepero were killed on July 22, 2012 under circumstances that point to an extrajudicial killing carried out by state security.

At the mass on May 13 activists from the Ladies in White,  Antonio Rodiles and Ailer González of Estado de Sats, Manuel Cuesta Morúa,  of Arco Progresista, along with members of the Christian Liberation Movement, among others. Cubanet published a video of the mass and interviewed Rosa Maria.

Ofelia Acevedo, mother of Rosa Maria and widow of Oswaldo Payá,spoke out on America Teve on the program El Espejo (The Mirror) May 13th expressing her concerns with her daughter's visit and the reasons behind it.

Rosa's mom pointed out that her daughter wanted to return to Cuba before the two year mark was reached because that is when, under current Cuban law, her right to return would expire for being out of the country longer than permitted. She would then have to request permission and a visa to return to her homeland, something that the dictatorship could deny in an arbitrary fashion.

Last month, following her arbitrary detention, Rosa Maria Payá Acevedo was criticized, her mistreatment questioned, and dissidents in general were described as a "rats and a mercenaries" by Giovanni Montano, of the Student Federation of Cuba in an interview with NexTV. This discourse that dehumanizes an adversary should be of concern to people of good will everywhere. The best way to combat it is by recognizing the humanity of all parties and challenging these assumptions using nonviolent means.


Rosa Maria Payá Acevedo has asked over twitter to continue to express messages of support through social media using the hashtag #UnaFlorParaPaya ( #AFlowerForPaya). Please continue to follow her on twitter and encourage others to use the before mentioned hashtag. My prayers and thoughts are with her and the Payá family. 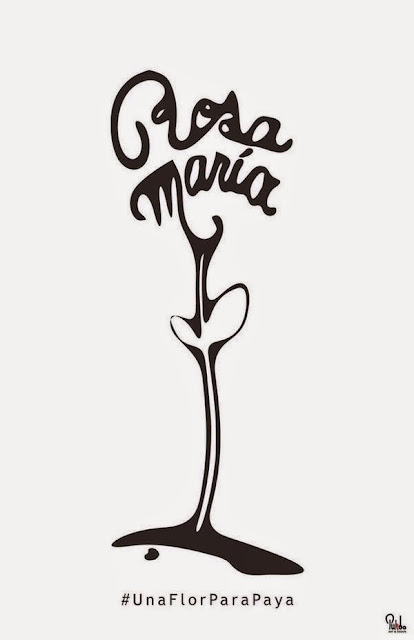