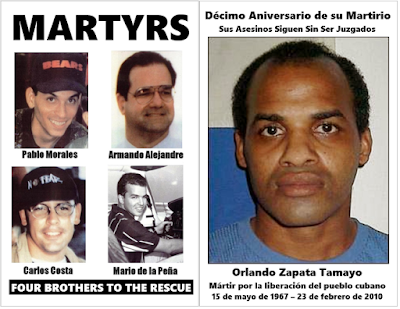 Last night on February 20, 2020 human rights activists gathered outside of the Cuban Embassy in Washington DC in a silent vigil for justice to remember Orlando Zapata Tamayo killed by the Castro regime on February 23, 2010 while on hunger strike, and the four members of Brothers to the Rescue shot down by the Castro regime MiGs on February 24, 1996, while Armando Alejandre Jr. (45 years old), Carlos Alberto Costa (29), Mario Manuel de la Peña (24), and Pablo Morales (29) were in two planes engaged in a search and rescue flight for rafters. 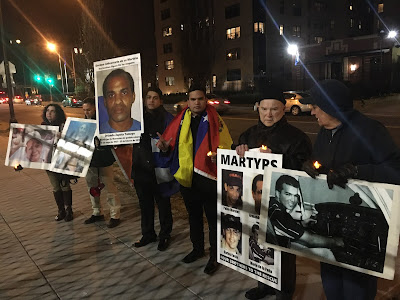 Others carried photos of Laura Pollán and Oswaldo Payá martyred by the Castro regime in 2011 and 2012 respectively. 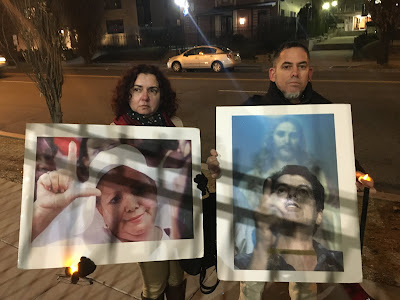 The Center for a Free Cuba obtained a permit from the Washington DC Metro Police to hold the vigil, and the Free Cuba Foundation publicized the event.

The silent vigil began at 7:00pm and concluded with a prayer by Mario Felix Lleonart Barroso for Orlando Zapata Tamayo, Armando Alejandre Jr., Carlos Alberto Costa, Mario Manuel de la Peña, Pablo Morales, and other martyrs of the regime, and for the freedom of the Cuban people.


On Sunday, February 23 at 3:00pm, the time Orlando Zapata Tamayo died, there will be a vigil at the Bay of Pigs Monument (Torch) on Cuban Memorial Boulevard located at 806 SW 13th Ave, Miami, FL 33135. Details on the vigil were announced on WWFE 830 AM. by Mercedes Perdigón of Exilio Unido in an interview with Carlos Santana. 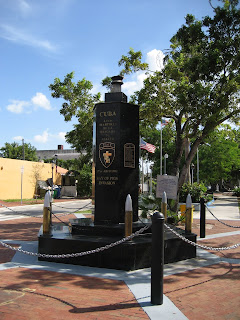 On Monday, February 24, at 3:00pm friends and families of Armando Alejandre Jr., Carlos Alberto Costa, Mario Manuel de la Peña, and Pablo Morales, and members of the FIU community will gather and hold a vigil to remember them and silently demand justice 24 years after the shoot down. 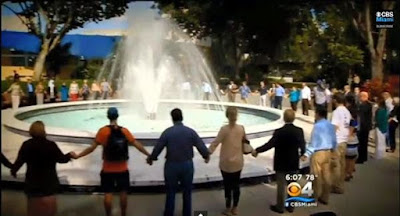 The vigil will take place at Florida International University ( University Park campus) located at 11200 SW 8th St, Miami, FL 33199 at the main fountain next to the Main Library and Student Union. The silent vigil take place start at 3:21pm and end at 3:27pm, the times the two Brothers to the Rescue planes were destroyed by missiles launched from Castro's MiGs killing Armando, Carlos, Mario, and Pablo. This vigil has been taking place at FIU annually since 1996.

The Inter-American Commission on Human Rights released a report on the February 24, 1996 Brothers to the Rescue shootdown in 1999 and a press release on the February 23, 2010 killing of Orlando Zapata Tamayo.