Freedom  /ˈfrēdəm/ noun: The power or right to act, speak, or think as one wants without hindrance or restraint. Absence of subjection to foreign domination or despotic government. The state of not being imprisoned or enslaved. Similar: liberty, liberation,independence, self-government, self-determination,  democracy, individualism, emancipation

Freedom is a criminal offense in Cuba. The new penal code in Cuba explicitly punishes the right to speak, or think as one wants if it is critical of the government. The dictatorship in Cuba is a despotic government.

Thousands of Cubans were jailed during and after the nonviolent protests that demanded change in the streets of Cuba between July 11 - 13, 2021. Some protesters were shot by paramilitaries, and the police. Some of the protesters were killed by regime agents. Hundreds have been subjected to political show trials, and sentenced to prison sentences of up to 30 years.

Luis Manuel Otero Alcántara is a visual artist. He was last arrested, and detained on July 11, 2021 before he could join in the 11J protests mentioned above.

Maykel Castillo Pérez is a rap singer who is also known by his artistic name “Osorbo,”  and he has been in pre-trial detention for over a year. He was taken by the political police on May 18, 2021.

On May 17, 2022 Luis Manuel delivered a message from prison. "In an audio recording from his prison cell at Guanajay on May 17, Otero Alcántara said: 'I dream that no Cuban will be the enemy of any other Cuban. Today for these dreams I am ready to sacrifice the artist’s flesh, my artist’s flesh, and my freedom-loving spirit,'" reported PEN International. The full audio message with English subtitles is available below.

The dictatorship's prosecutor has requested that Luis Manuel be sentenced to seven and Maykel Castillo to ten years in prison" on a range of charges related to their participation in a peaceful demonstration and an artistic performance, and their criticism of President Miguel Díaz-Canel", reports Amnesty International.

People of good will are not remaining passive before this injustice. In Miami, Florida friends of Luis Manuel and Maykel plan to gather at 6:00pm at Our Lady of Charity (La Ermita de la Caridad) in a human chain to march to the American Museum of the Cuban Diaspora in a demonstration of solidarity. 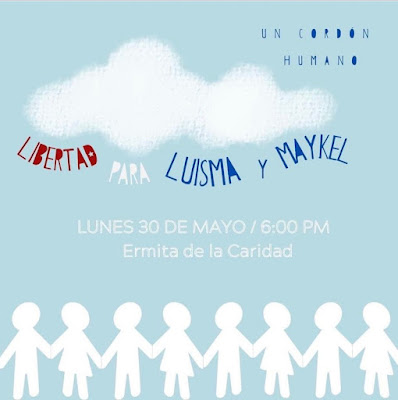 The idea that art must have a political function, and subject to political considerations because "politics is everything" is a Communist concept. Unlike Marxist-Leninists, and other totalitarians I do believe art can be detached from or independent of politics. 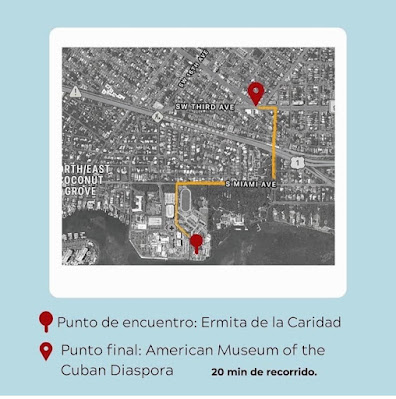 I also believe in freedom, in all its aspects including the arts, and have my entire life, and this encompasses criticizing all governments. This does not mean that I agree or disagree with the critique, but recognize the importance of the freedom to do so.

If you share this principle, then join the friends of Luis Manuel, and Maykel that will be marching from the Ermita to the American Museum of the Cuban Diaspora on Monday, May 30, 2022 at 6:00pm.