The truth about the murder of Oswaldo Payá and Harold Cepero streams worldwide on May 19, 2022 at 8:00pm 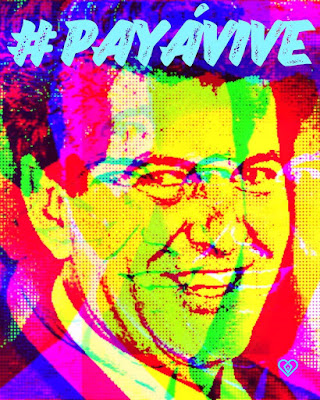 Ten years ago this upcoming July 22, 2012 near Bayamo in eastern Granma province of Cuba an incident provoked by State Security put into a motion a series of events that ended the lives of Oswaldo Payá Sardiñas and Harold Cepero Escalante.

At 5:00pm, in a telephone call, Felix Rivero Cordoví from Bayamo reported"Oswaldo Payá has died in a collision with a police car."

Later we learned that Harold Cepero had also died of his injuries. Five years later and Cuban officials have still not handed over the autopsies to the families. Instead the Castro regime engaged in a massive coverup blaming the driver of the car for the deaths while denying that a second vehicle was involved.

On December  14, 2021 the Inter-American Commission on Human Rights held an in-depth hearing on these two extrajudicial killings.

Tomorrow night, May 19th at 8:00pm over YouTube the documentary, The truth about the murder of Oswaldo Payá and Harold Cepero, will premiere and stream worldwide. Below is a link to the documentary.