Shared Concern Initiative’s appeal on the forthcoming election in Burma 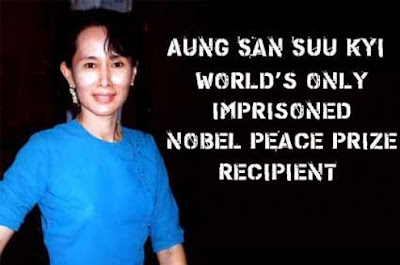 PRAGUE – On November 7, when Burma’s first general election for almost two decades is to be held, a well-rehearsed script will play out. The country’s ruling generals will twist what is meant to be a democratic process, whereby the people get to express their will, into a mockery of free expression in which people vote in fear and without hope.

The international community must judge Burma’s generals by their actions, not their words and promises. The facts on the ground in Burma speak the truth more loudly than all the proclamations from the generals about a free ballot and a democratic transition.

More than 2,100 political prisoners remain in jail in Burma. Many have been tortured, kept in horrific conditions, and denied medical care. Attacks against the country’s ethnic minorities continue, with the deliberate targeting of civilians, including children, by the Burmese military and police. The country’s media remains censored, freedom of expression denied, and the most popular political party in the country, the National League for Democracy, which won elections in 1990, has been forced to disband because it decided not to register for the November elections.

In such conditions, free and fair elections will be impossible. This so-called democratic transition, a process designed solely by dictators and with input only from the regime’s loyalists, will result in continued dictatorship.

Before Burma’s fate is sealed in a new-model dictatorship, the United Nations must immediately and vigorously embark on a fresh process designed to deliver national reconciliation and democracy to that troubled country. The international community, East and West, must unite behind a UN-led initiative to start genuine dialogue.

But, for this dialogue to have any real legitimacy, it must include the Nobel Peace Prize laureate Daw Aung San Suu Kyi, who has endured decades of house arrest, and her party, the NLD. Other democratic opposition groups, and genuine ethnic-minority representatives, also need to be given a voice in the process.

Pressure must be brought to bear to bring Burma’s generals to a negotiating table where real negotiations take place. All the tools at the disposal of the international community should be used to bring this about.

But responsibility for assisting Burma does not lie solely at the door of the UN. The pressure on Burma’s generals must also be bilateral and multilateral – and should be reinforced by carefully calibrated economic measures, including targeted financial and banking sanctions.

Action must also be taken to end the impunity with which the Burmese generals have ruled. The dictatorship stands accused of committing war crimes and crimes against humanity, mostly against the country’s minorities, who chafe at decades of oppression, ostracism, and military misrule. The UN General Assembly should follow the UN Special Rapporteur‘s recommendation to establish a Commission of Inquiry into war crimes and crimes against humanity in Burma.

Moreover, the UN Security Council should impose an arms embargo against Burma, as it has in other countries similarly afflicted by conflict and serious human rights abuses. Those countries supplying arms to Burma expose themselves to charges of complicity in the war crimes and crimes against humanity committed by the dictatorship.

Dictatorship and human rights abuses will continue in Burma after November 7. We do not need to wait until after the election to know this. So there is no excuse for continued inaction. Now is the time for the world to unite behind the people of Burma, and to help bring them peace and dignity at last.

Václav Havel is a former President of the Czech Republic,

His Holiness the Dalai Lama is the spiritual leader of Tibetan Buddhism,

André Glucksmann is a French philosopher and essayist,

Vartan Gregorian is President of the Carnegie Corporation,

Michael Novak is a Roman Catholic philosopher and diplomat,

Karel Schwarzenberg is Foreign Minister of the Czech Republic,