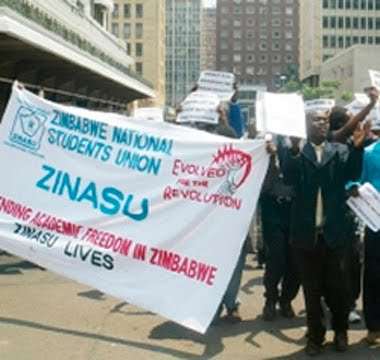 According to a ZINASU Media Release on September 22, 2010, President Tafadzwa Mugwadi was arrested and is being held at the Harare Central Police Station. Mugwadi was summoned to the station for charges related to street writing by an unknown student group, with such slogans on walls as “education is not for sale” and “ZINASU lives.” The writings were a method of protest utilized by the youth, indicative of feelings expressed by many young people in Zimbabwe.

High education costs in Zimbabwe is a serious issue for many young people, whose fees range from US$200-800, while their parents may make a salary of only US$150. ZINASU reports of government cover ups regarding failure to finance education, citing lack of funds as a major cause. Despite such government claims, ZINASU reports that at a recent UN meeting Zimbabwe officials were given allowances of $250 per day.

The President of ZINASU had been in hiding after his home was searched by suspected security forces a few nights before his arrest. According to Mugwadi’s neighbors, the men were responding to his “defamatory utterances” that were made by the ZINASU President on ZTV’s Hot Seat program on September 7th. The men who investigated his home were angry at his remarks regarding the ZRP as a violent organ of the state because of its well known hostility to young activists and students working for democracy in the country.

Hostility toward students has escalated in the country, as seen in the killings last week of two students at Bindura University of Science and Education. University security had attempted to stop the students from graduating, since tuition fees had not been paid in full. Mugwadi and ZINASU have been publicly criticizing the actions of the government. The arrest of Mugwadi must not go unnoticed.

The World Youth Movement for Democracy calls on the international community to join in a voice of solidarity, in support of Mugwadi and his student activism. Please help by contacting the Zimbabwean embassies and voicing your concern. Call for Mugwadi to be released so he may continue his critical work!

For more information on Tafadzwa Mugwadi and ZINASU:

To contact the Zimbabwean embassies and voice your concern:

The Republic of Zimbabwe