A call for freedom in Cuba

Former political prisoners, dissidents, members of civil society inside and outside of Cuba have joined together in signing this document demanding that the Cuban regime respect human rights and transition to democracy. 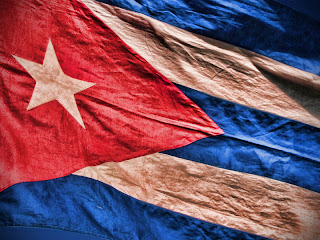 CITIZENS DEMAND FOR ANOTHER CUBA

As Cubans, legitimate sons of this land and an essential part of our nation, we feel a deep sorrow at the protracted crisis that we are living and the demonstrated inability of the current government to make fundamental changes. This obligates us from civil society, to seek and demand our own solutions.

Miserable income, shortage of food and shelter, the massive emigration due to lack of opportunity, discrimination of those who think differently, the lack of spaces for public debate, the arbitrary arrests, the lack of citizen's rights, corruption and the immobility of the tenure of the ruling elite are some of the symptoms of the difficult reality that we face. We want to debate publicly the dual currency, the immigration restrictions, the rights of workers to a living wage, the right of all Cubans, wherever they live, to foment economic initiatives in their own country, the demographic crisis, the free access to Internet and the new technologies. We want to debate about the exercise of democracy.

Based on that the Constitution of the Republic of Cuba establishes

In its Article 3: In the Republic of Cuba sovereignty resides in the people from whom originates all the power of the state.

And in Article 63: Every citizen has the right to lodge complaints and petitions to the authorities and to receive attention or pertinent responses and in a adequate period of time, according to the law.

WE DEMAND THAT THE CUBAN GOVERNMENT:

Put immediately into practice the necessary legal guarantees and policies conceived in the Universal Declaration of Human Rights and to ratify the Covenant on Civil and Political Rights and the Covenant on Economic Social and Cultural Rights of the United Nations, signed by the Cuban Government on February 28, 2008 in New York City. This would ensure the full respect for citizens no matter what their ideas or their political and social actions and that everyone's rights be restored who in their opinions, disagree with the government. We consider these rights essential for the formation of a modern, free and plural Cuba that will welcome us all equally and insert our sovereignty into a dynamic and increasingly more global world.

We are committed to a democratic transformation, where everyone can contribute their views and contribute to its realization. We invite all Cubans inside and outside the island identified with these demands, to join this just and necessary claim . We hope to be heard by the government is almost exhausted, despite this we still decided to deliver this demand to the authorities this application, as an urgent action to achieve effective understanding. We are determined not to accept the institutional silence in response to this demand considering as a response the ratification of the agreements mentioned.

Original Spanish text
Posted by John Suarez at 2:56 AM