Neither the state nor the market can dominate society, or be above the people's decisions, and the freedom and dignity of persons. - Oswaldo Payá 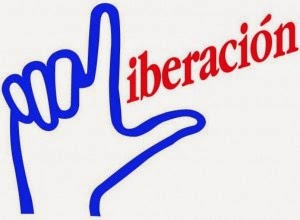 The democratic proposal that we defend contemplates that economic activity is based on the integral development of persons, families and the common good.

Cuba is living for over half a century the same totalitarian dictatorship that maintains absolute power over the lives of every citizen and it is willing to imprison, to suppress and even kill those who oppose them. This and no other is the problem that causes the suffering of the Cuban people today.

The U.S. embargo and the relations between Cuba and the United States are part of a dispute between nations. Given its origin, it should be resolved in the context of an overall solution, where governments with an authentic and popular democratic mandate participate. Neither the perpetuity or softening or removal of the embargo should be considered the solution for the people of Cuba, because it does not depend on the action of the people, nor is the problem.

It tends to confuse, is illusory and unreal to consider that the so-called "sole proprietors" form a "broad spectrum of civil society." The laws of our country do not recognize rights and economic freedoms that guarantee the functioning of a free market economy. In Cuba, the totalitarian regime has granted concessions within an environment and legal system under the absolute control of the government. To support and cheer this logic of no rights is an act of complicity that is an assault precisely against the possible emergence of a real "civil society."

We ask for solidarity with the legitimate right of every Cuban to live in their homeland in an environment where the law is born of a consulted consensus ensuring free enterprise and free political choice. We do not ask for the isolation of our fellow compatriots as a way to achieve freedom and rights for the people of Cuba . Quite the contrary, we want the same freedom enjoyed by free peoples, not partial freedom, not “China” style freedom. God gives it complete.

We invite not only the Obama administration, but all democratic governments, all institutions and all people of good will in the world who are sympathetic to the cause of freedom for Cuba to join the campaign of legitimate claims the Cuban people demand.

We invite you, because giving voice to the people is the essence of democracy and the consistent thing to do. It is going to the root of the problem.

We invite you to demand, along with many Cubans, that the people be consulted in a REFERENDUM. That is our choice. We count on the support of all to support the right of Cubans to the free exercise of popular sovereignty.
Coordinating Council

Original text in Spanish here.
Posted by John Suarez at 12:07 AM