An open letter to Carlos Saladrigas

“Keep the company of those who seek the truth- run from those who have found it.” - Václav Havel 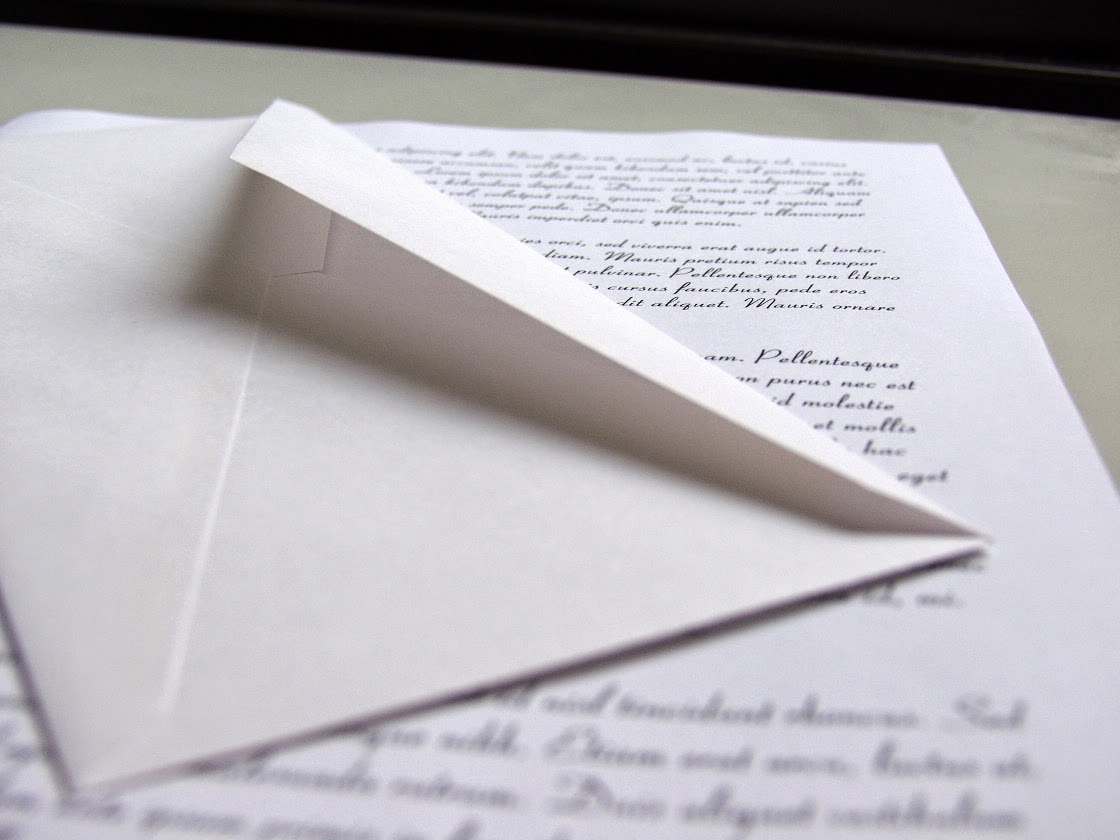 On May 25, 2013 I attended the Ninth Conference on Cuban and Cuban American Studies hosted by the Cuban Research Institute where you partipated in the Central Ballroom of the Graham Center on Panel 44 "Cuba and its future: Perspectives of integration and national reconciliation" chaired by Sebastián Arcos of Florida International University. Your presentation was titled "Can civil society develop without economic development in Cuba?" At the time I raised a question, but felt due to the format of the event missed an opportunity to better express my critique of the Cuba Study Group's position regarding sanctions and the relation of economic and civil society development. The aim of this open letter is an attempt to engage in public debate that upholds democratic values while avoiding vitriol.

Unfortunately, your presentation of that day isn't available online either in written or video form (as far as I know) but the presentation you made was not radically different from what you've said elsewhere that is already available on the internet.

Reconciliation
Before entering into a critique let me first say that I believe that you have good intentions with regards to Cuba and praise the presentation done by Father Robert Schreiter  at a 2012 reconciliation workshop organized by the Cuba Study Group.  Especially appreciated Father Schreiters's observation on the role of truth in the reconciliation process:


It’s important to realize that this is a process of truth telling, that’s very, very important. When you are dealing with a totalitarian regime, such as the Castro government, you have a culture of lies that you have to deal with.... Lies sustain authoritarian governments. Lies about the people themselves, lies about the people who are enemies. And by acknowledging our wounds we begin a process of truthfulness. And truth, here, means more than the facts fit our words or our language. In the Old Testament, the words often translated as “truth” in English also means “reliability,” “dependability,” “steadfastness.” In other words, truth is tied up with trust, our capacity to trust. And if you want, in the smallest possible way to say what reconciliation is, it is about restoring trust where trust has been broken. And trust is the most fundamental thing that makes it possible for us to be in a relationship at all.


Summary of your position
On Michael Putney's March 18, 2012 program you restated the argument that it is better "help the Cuban people even if its brings a collateral benefit to the regime; than focus on hurting the regime than bring collateral damage to the Cuban people." In the same program you also said that "as a business person I find it inconceivable that after 53 years of failure we insist on following the same policy that has not produced results." In an earlier March 23, 2011 video titled The Future of Cuba on the Mexican Council of Foreign Affairs you outlined the need for the Cuban government to change its economic system. Explaining the danger of a social collapse in Cuba; noting that such an outcome would not benefit the region or the people of Cuba. In the video you criticized the timidity and lateness of the Castro regime to undergo these changes.You go on to call for a liberalization of sectors of the Cuban economy to generate resources in order to preserve the educational and public health system in Cuba and avoid a collapse of the system in Cuba. Furthermore you cite China, Vietnam and Singapore as successful economic models.

My response
First, there is already evidence that both the public health and education systems in Cuba have degraded if are not already imploded. Outbreaks of Cholera and Dengue in the island demonstrates that public health has serious problems. Unfortunately, secrecy and jailing of doctors and journalists for making the threat known only compounds the problem. Prior to the Special Period in the 1990s when these programs were well funded thanks to Soviet subsidies education was still restricted and based upon ideological fidelity to the Castro regime. Students in the 2000s were expelled from school for gathering signatures for the Varela Project or simply dissenting and this discrimination continues to the present day.

Economic Determinism
Secondly, it appears that you are operating with the thesis that economic changes will dictate political changes.  In other words that a closed totalitarian system that opens up its economy transition into an open and democratic society. For the past 20 years the argument for trade with China was that economic liberalization would lead to political liberalization. This is economic determinism and a fallacy found among Republican policy makers. In the early 1990s I sat through a presentation by former Congressman and future Vice Presidential candidate Jack Kemp who claimed that enterprise zones in Haiti would turn the island into Hong Kong in a relatively short period. At the time I took him to task pointing out that security concerns and issues of corruption were equally as important as tax policy and enterprise zones. In the case of Cuba there is a regime that prioritizes its own political survival over the economic welfare of Cubans. The Cuban government in the early 1990s opened up a little economically in order to survive the implosion of the Soviet Union and began to close up when new sources of support emerged from Mainland China and Venezuela with the arrival of Chavez by the end of the 1990s.  The Soviets did something similar in the 1920s with their so-called New Economic Policy that helped their regime to survive difficult economic times. When the crisis passed relations cooled and centralized planning reasserted itself. Consider the initial question turned around: "Can the economy develop without democracy in Cuba?" The World Movement for Democracy made the case that it cannot in their second assembly in Sao Paolo in 2000.

Failed Policy in China
Third, United States policy of economic engagement in China and Vietnam indicates just the opposite has occurred.  What you have in China and Vietnam are totalitarian societies that have modernized and extended their repression with economic innovation and the collaboration of Western companies and governments at the expense of the vast majority of Chinese and Vietnamese citizens. This leads to a question that policy makers and activists such as yourself should reflect on: "Is it better to help business interests benefit from trade with a totalitarian regime that brings benefits to the regime and collateral harm to the people of that country?" In the case of China harm was not only done to the Chinese people but also to American jobs, industry and security.

A Global Disaster for Human Rights
The rise of China as an international economic power, due in no small part to the assistance of U.S. corporations and government policies has undermined international human rights standards around the world. It has been a disaster. Why describe such a policy as a success? Economic "success"under past totalitarian regime's have proven disastrous. This is a failed policy that has repeatedly abandoned the aspirations of the Chinese people.

U.S. Embargo achieved its policy objective in Cuba
Finally, the objectives of the Embargo as described in a 1963 memorandum were met. The aim of the United States embargo on Cuba from its inception on February 7, 1962 and until 1992 was not the overthrow of the Castro regime. (Eisenhower had ended sugar quotas and placed some sanctions on January 3, 1961 in response to regime actions) Due to the Bay of Pigs debacle that consolidated Castro's rule and the 1962 Cuban Missile Crisis that ruled out a direct U.S. invasion, economic sanctions were put in place not to eliminate the Castro regime but to limit its ability to expand into the rest of the hemisphere and to force the Soviet Union to expend large sums in keeping the Castro regime afloat which contributed to the USSR's demise in 1991 due to the economic dissatisfaction and hardship suffered by Russians.  The Kennedy brothers sought other means to end the Castro regime in Operation Mongoose that were shutdown after Robert Kennedy left the White House in 1964.

During the Clinton Administration there was a two track policy: efforts to normalize relations with the Castro regime through back channel diplomacy and through the Torricelli Bill (backed by candidate Bill Clinton to place Bush on the defensive) changed the embargo into a policy instrument to supposedly encourage democratic change. Once in office President Clinton, as he did with China, sought to normalize relations. Following the February 24, 1996 Brothers to the Rescue shoot down "the Embargo" was codified into law  by the Helms-Burton Bill placing control over sanctions policy in the Congress and out of the Executive. Despite all of this President Bill Clinton opened cash and carry trade with the Castro dictatorship towards the end of his Administration (1999 - 2000). The claim that the embargo "has not produced results" is a straw man argument. The embargo was designed to limit Cuban infiltration into the Western hemisphere and with the exception of Nicaragua under the Sandinista regime it was a success until the rise of Hugo Chavez in 1999.

Obama on Cuba is Clinton Redux

The two track Clintonian approach has been embraced during the Obama Administration and the results have been disappointing: increasing violence against opposition activists, the death of high profile dissidents such as Oswaldo Payá Sardiñas in what appears to have been extrajudicial killings, and the plight of Alan Gross, an American held hostage. Hillary Clinton who apparently seeks to advocate a policy of normalized relations with the Castro dictatorship claims that the Castros engaged in these hostile actions out of a desire to sabotage normalized relations. To the contrary, the dictatorship in Cuba wants normalized relations with the United States while being able to engage in violent and reprehensible behavior just as their Vietnamese, Chinese and North Koreans counterparts have been able to and still enjoy normalized relations and as in the case of North Korea be taken off the list of state sponsors of terrorism.

Former British Ambassador to Cuba Paul Webster Hare points out the regime in Cuba responds to pressure. Unilaterally dropping economic sanctions would only embolden the dictatorship in Havana to act with impunity both domestically and internationally. This is a government that has the same people in place in leadership positions who sponsored terrorism, facilitated international drug trafficking, helped undermine international human rights standards,  murdered high profile nonviolent dissidents as recently as 2012, and jailing foreign businessmen as a strong arm tactic.

Two questions policy makers and business leaders need to ask themselves are: 1) "Is it better to help business interests benefit from trade with a totalitarian regime such as China or Cuba that brings benefits to the regime and collateral harm to the people of that country, the interests of the United States and the degrading of international human rights standards?   2) Can economic development occur without markets and can markets exist without the rule of law and doesn't that necessitate that the right to private property be respected"