Imprisoned Cuban rapper faces show trial on June 20, 2014 below is a reproduction of People in Need's appeal for Angel Y. Arzuaga.

By Miranda Fuertes / People In Need

The striking case of Angel Yunier Remon Arzuaga, a young Cuban rapper from Bayamo who is more commonly known by the stage name El Critico del Arte, has been made public through the Twitter campaign #FreeElCritico and a petition in his name on change.org. He has been illegally imprisoned and is still waiting for a date to be set for a proper trial. Rumor has it that El Critico del Arte will be given an eight year sentence for resisting arrest.

This member of the group Los Hijos Que Nadie Quiso has freely expressed his discontent with the current regime in Cuba through his lyrics: “Yo no inventé lo de los actos de repudio/ yo no hundí el remolcador 13 de marzo/ yo no fui el que asesinó a Boitel/ yo no soy el culpable del Mariel/yo no reprimo al que piense diferente/ yo no tranqué a 75 inocentes/ mira cuantos delitos en la gaveta tú has guarda’o/ este sí es mi delito/ hablar de lo que tú no has habla’o” which means:  “ l did not invent the acts of repudiation / I did not sink the tug on March 13th / I was not the one who killed Boitel / I am not guilty for Mariel / I do not repress those who think differently / I did not lock up 75 innocent people / Look how many offenses you have kept hidden under lock and key/ Yes this is my crime /To talk about what you have not”.

He has paid dearly for exercising freedom of speech. Angel was violently arrested in March 2013 following the “antirevolutionary” speech he was holding in front of his house in Bayamo. He was beaten repeatedly, denied family visits, and was not given medical treatment. Just six months after being jailed he contracted cholera. His wife has also been subject to aggressive actions and was detained by the State Police, when she participated in a march of The Ladies in White – which take place every Sunday – to protest against his unfair detention and to denounce the political motivation behind it. He has already held both hunger and thirst strikes three times and has had to be hospitalized as a result.

His situation has been made more difficult by the isolated nature of the region where he lives, where media access is limited and the visibility of such cases is lower, which typically allows the State National Security forces to act with a higher degree of impunity.  Despite public support from politicians and artists, El Critico remains imprisoned more than one year after his detention.

We at People In Need strongly believe that the basic rights of freedom of expression, the manifestation of ideas, and freedom of belief must be available to all without fear of repression. We are convinced that anyone would stand up against someone that was overtly trying to oppress them for their beliefs. As the situation of El Critico has remained unchanged and his health is in peril, we are appealing to you, to speak up about his case to increase its visibility, and to give back to him the voice that was taken away in such an unlawful and violent way. 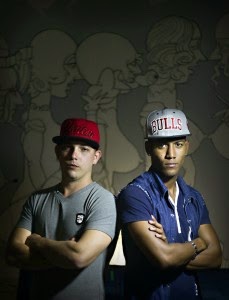 Cuban rappers continue to risk their freedom to criticize the regime
Although criticizing the Cuban government through music is a risky business, Cubans still use it to express their discontent with the communist regime. Whether they are established names in the industry, like Los Aldeanos, or younger musicians like Los Censurados or Los Hijos Que Nadie Quiso, they all rap their truth regardless of the risks they are undertaking. As difficult as it is to get information about this musical scene because of constant censoring, we have discovered that their struggle continues on a daily basis.

Los Censurados, a young Cuban rap duo, spoke about the harsh repression they face back home when they performed in Prague last March, following an invitation from People In Need. They dedicated their concert to all the imprisoned Cuban dissidents and in particular to El Critico del Arte, the rapper and human right activist.