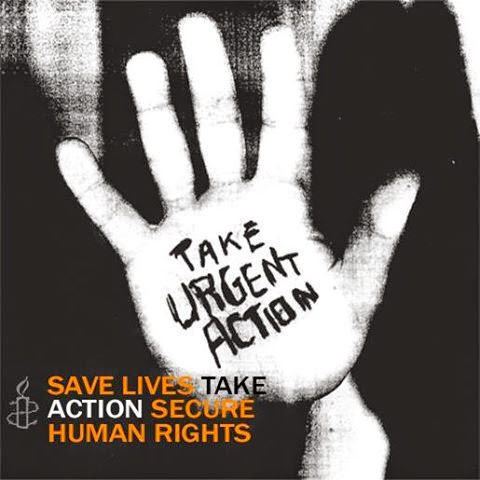 The sentencing was scheduled for 1 July but was postponed with no indication of a new date. The mother of the three brothers visited the Court on 1 July in order to collect the sentencing documents but they were not finalised. According to local activists the authorities may try to convince the three brothers to give up their activism and this could be the reason behind the postponement.

Amnesty International believes that their arrest and detention is in response to their peaceful exercise of their right to freedom of expression and that it is intended to send a message of intimidation to other government critics, particularly other members of the Patriotic Union of Cuba (Unión Patriótica de Cuba, UNPACU). The three brothers are prisoners of conscience and must be immediately and unconditionally released.

According to information received by Amnesty International, the Public Prosecutor has asked for Alexeis Vargas Martín to be sentenced to five years’ imprisonment and three years for Vianco and Django Vargas Martín, who were 16 at the time of arrest. They were reportedly subjected to a summary trial, with none of the witnesses for the defence being allowed to testify. In political trials such as these it is typical for the judge to pass the sentences requested by the public prosecutor.

The brothers, from the city of Santiago de Cuba, are all members of the Patriotic Union of Cuba (Unión Patriótica de Cuba, UNPACU), a civil society organization which advocates for greater civil liberties in the country. Since their detention, Alexeis Vargas Martín is being held at Aguadores Prison in Santiago de Cuba province, while Vianco and Django Vargas Martín are held at the Mar Verde prison in the same province.
In the afternoon of 27 November 2012, Alexeis was returning to his house where a government-sanctioned demonstration (acto de repudio) was underway at the time. The house was surrounded by government supporters as his mother, Miraida Martín Calderín, a member of the Ladies in White protest group, was meeting with other members of the same organization. Alexeis was refused entry to his own home and was arrested by police and officials from the Department of State Security. On 2 December, Vianco and Django Vargas Martín – then only 16 years old – were also arrested when they went with friends to protest outside the Micro 9 police station in the city of Santiago de Cuba against the detention of their brother. In early July 2013, officials from the Department of State Security told the brothers’ family that they could be released on bail. The three brothers, however, have refused this as they reject the charges made by the police and insist on their innocence.

Miraida Martín Calderín was also arrested on 2 December 2012 as she protested outside the Tercera Unidad police station in the city of Santiago de Cuba and charged by police with public disorder (desorden público). She was held at the Mar Verde prison for women and released pending trial on 20 February 2013. Miraida Martín Calderín appeared in court alongside her sons on 13 June facing charges of public disorder and defaming institutions, heroes and martyrs (difamación de las instituciones, héroes y mártires). She may face a sentence of over two years to home arrests.
The right to a fair trial in Cuba is affected, especially in trials with political connotations, as courts and prosecutors are under government control. Cuba’s National Assembly elects the President, Vice-President and the other judges of the Peoples’ Supreme Court, as well as the Attorney General and the Deputy Attorney General. In addition, all courts are subordinate to the National Assembly and the Council of State, raising concerns over internationally recognised standards for fair trial and the right to trial by an independent and impartial tribunal.

Acts of repudiation (actos de repudio) are government-coordinated demonstrations, usually carried out in front of the homes of government critics, attended by government supporters, state officials and law enforcement agencies, aimed at harassing and intimidating opponents of the government, and are often used to prevent them from travelling to take part in activities. During an act of repudiation, political opponents and human rights activists are subjected to verbal and physical abuse by groups of people chanting pro-government slogans. Police are usually present but do not intervene to stop the assaults. Such incidents frequently involve the Rapid Response Brigades (Brigadas de Respuesta Rápida), a structure set up in 1991 and composed of Communist Party volunteers whose task is to deal with any sign of "counter-revolution". Local human rights activists and others believe these incidents are orchestrated by Cuba's security services to intimidate any opposition. Miraida Martin Calderin has told Amnesty International that members of the Rapid Response Brigade threw stones at her house during the act of repudiation on 27 November 2012.
Names: Alexeis Vargas Martín, Vianco Vargas Martín and Django Vargas Martín