In Solidarity with a Free Tibet. 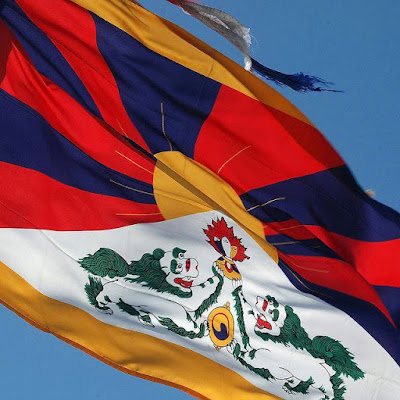 Today my thoughts and prayers are with the brave people of Tibet who have spent decades resisting the occupation of Communist China over their homeland.  While at the same time showing their solidarity with other captive peoples, including Cubans and for that I will be eternally grateful and in solidarity with their freedom struggle. Below is today's statement by Tibet's Prime Minister.

Statement on the 58th Anniversary of Tibetan National Uprising Day:

"On this day, in 1959, Tibetans from across the social spectrum rose up to stage a defiant yet peaceful uprising against the illegal occupation of Tibet by the People’s Republic of China. Today, as we commemorate the fifty-eighth anniversary of the Tibetan National Uprising Day, we remember and pay tribute to all those who have sacrificed their lives for our nation’s struggle. Till date, an estimated million Tibetans have perished and 98% of monasteries were destroyed under the Chinese occupation."


Although, today is a time for us to mourn, however there are reasons for us to be proud and hopeful. Hopeful of the fact that on this historic day, Tibetan men and women from all three provinces marched in unison, bravely challenging Chinese invasion by raising the slogans…. “Tibet belongs to Tibetans,” and “stop interfering in His Holiness the Dalai Lama’s rule,” thus making known their aspirations.

Even today, as we speak there is a major military presence in Lhasa, the capital city of Tibet, and on March 3 this year, a 5000-strong army officers with a convoy of 1000 military vehicles conducted a massive military drill in Lhasa making it reminiscent of a war zone.

Since then, despite the repression and crackdown, Tibetans in Tibet have been at the forefront of the Tibetan freedom struggle to protect their political, social, cultural and environmental rights. Despite the increased repression and intensified crackdown, they have made clear their genuine aspirations, as reflected in the case of 145 self-immolations that called for “Freedom for Tibetans” and “Return of His Holiness the Dalai Lama to Tibet.”

The resilience of Tibetan people and commitment to non-violence have gained the respect, and support from around the world.