At least 13 killed and a hundred wounded in Barcelona yesterday in acts of terrorism. I spent a year living in Madrid back in 2005-2006 and had been there several times before and after visiting this my home away from home. I'd also spent time in Barcelona and walked through the Ramblas, the scene of one of the terror attacks. The news of the attacks yesterday in Barcelona fill me both with anger and intense sorrow.  My prayers and thoughts are with those killed, wounded by the terrorists in Spain and their families. Today in solidarity I say Yo soy Español, Jo Sóc Catalá.

In solidarity with my Spanish brothers and sisters I will pray for the dead, wounded and their loved ones. At the same time will celebrate Spanish culture by patronizing Spanish establishments in South Florida this weekend and listening to Spanish music. One of my favorite bands is a band based out of Barcelona called "El Último de la Fila" that was active between 1984 and 1998. Below is a selection of some of their music videos.


If you like their sound you might want to purchase their music. One of the songs that impacted me tonight is Dear Milagros [Querida Milagros], an anti-war song and the lyrics:

This translated to English as follows and listening to it haunts me:

I have seen men cry like children;
I have seen death as a strange bird,
To plan in silence on the paths,
To devour a sun that is yours and mine.

We are living through an age of terror from the streets of Charleston in Virginia to Paris, London, Brussels, Madrid, Istanbul, Cairo, New York, Washington DC and on and on. Yesterday it returned to Spain in Barcelona. 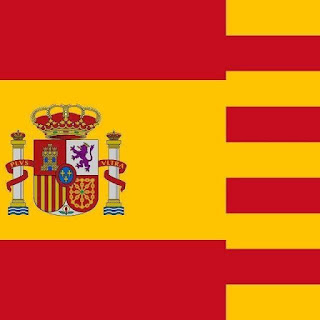