Deja Vu at The Miami Herald?

The media circus returns to town and the question arises who benefits? 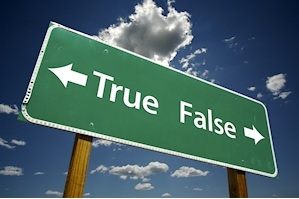 The Miami Herald has had some unfortunate episodes that have damaged its reputation as the newspaper of record. It appears that it maybe in the midst of suffering the indignity once again in the 2012 election cycle in which the stakes are a congressional seat.  The feeding frenzy over Congressman David Rivera, political consultant Ana Alliegro and candidate of Lamar Sternad in the August 2012 democratic primary had a certain troubling deja vu in terms of reporting quality. At the same time the bomb shell that the democratic nominee Joe Garcia has received thousands of dollars from pro-Castro figures is only mentioned in a few lines of a Herald story dealing with Cuba related donations being down in the 2012 elections:


The FEC reports show [Francisco Aruca of Marazul] also donated $5,000 to the current campaign of Garcia, a Miami Democrat who is running against Rep. David Rivera, R-Fl., an anti-Castro hardliner. [Maria Aral of ABC] gave $2,000 to Garcia and $10,000 to the Obama reelection campaign.


Read more here: http://www.miamiherald.com/2012/09/16/v-fullstory/3006301/cuba-related-donations-are-down.html#storylink=cpy
The current controversy all over the news generates a number of questions. Lamar Sternad, one of the candidates in the democratic primary filed to run on November 4, 2011. In the 9/25/12 article the campaign consultant is quoted at what appears to be their first meeting in the Spring of 2012: “I asked a million times. Why are you running for Congress? Why don’t you run for something local?”


Read more here: http://www.miamiherald.com/2012/09/24/v-fullstory/3019360/from-a-shooting-to-shoplifting.html#storylink=cpy
This implies that someone else may have "manufactured" the candidacy of Justin Lamar Sternad if he didn't decide on it himself. Who was it? In 2010 Roly Arrojo , a candidate billed as a Tea Party conservative candidate was a registered democrat that some say Joe Garcia placed into the general election to peel of votes from the Republican nominee because their was a business relationship between Garcia's campaign manager and the Democrat turned Tea Party candidate. Another question is the aggressive reporting on political consultant Ana Alliegro and her family. Why so aggressive?

Being right in the middle of the current media storm it is difficult to offer a clear analysis of what is going on, in part because all the facts are not in. Therefore it is important to look back at a previous high profile episode that also became national news that was broke by The Miami Herald. In this case extensive and sloppy reporting targeting individuals with hyperbolic accusations and charges that in the end did not pan out was a horrible example of "gotcha journalism" that led to a black eye for the The Miami Herald but it did serve a political agenda.

It was six years ago this past September 8 that The Miami Herald published a story accusing 10 Miami journalists of violating ethical standards , including some who worked at the newspaper because they had freelanced or worked at Radio and TV Marti as reporters. They featured the reporters on the front page of The Miami Herald and the publisher fired two reporters based on the story and then had to hire them back and resigned when it became known that there had been a policy in place at El Nuevo Herald permitting journalists to moonlight at Radio / TV Marti.

One of the targets of the Herald story, Carlos Alberto Montaner offered the following breakdown of the objections raised with regards to the story:


(1) It contained ethnic prejudices. Everyone accused was Hispanic, even though there were Anglo journalists in the Herald's newsroom who collaborated with PBS and other public media, something that, besides, was frequent in American journalism.

(2) The El Nuevo Herald journalists who were accused of breaking the rule had permission from their supervisors, and it was a habitual practice, known for the previous 20 years, that had even been mentioned in the newspaper itself.

(3) The other journalists mentioned in the report, who were not Herald employees, worked in media where that peculiar rule did not exist and, therefore, should not have been included.

(4) The reporters who wrote the report did not bother to phone some of the people they were accusing, thus violating a basic rule of journalism.

(5) They maliciously insinuated that it was a band of corrupt journalists who had violated ethical standards, a message that was conveyed not only in words but also in the use of photographs.

(6) Suspiciously, before the report was published in The Herald, the Cuban government boasted on television of knowing the exact contents of the report that would soon be published. The authors, who had some direct or indirect contact with the Cuban government, didn't have the decency to communicate to their colleagues the type of investigation they were doing, mindless of the consequences of the moral lynching they were carrying out.


Following the debacle Clark Hoyt conducted a review of the whole affair that was published in Editor & Publisher and arrived at some conclusions partially excerpted below on what he described as a flawed story:


Its placement at the top of Page One, its hard and accusatory tone and the large and breathless headline suggested something more sinister than the story actually reported. The subjects of the story said they felt treated as though they were criminals. Some especially objected to a set of "rogues' gallery'' photographs that appeared on Page 2A with the continuation of the story.

Finally, with more time, the Herald might have broadened the perspective of the story to report, as El Nuevo Herald and then the Herald later did, that journalists in Washington have taken money from other U.S. government broadcasting outlets, such as the Voice of America.


Although it was a flawed and hyperbolic story the Castro regime and its allies are still using it by periodically re-publishing it and further distorting it to serve its own propaganda aims in trying to release five Cuban spies that were convicted of spying and in the case of one of them conspiracy to commit murder in the Brothers to the Rescue case.

Incidentally Oscar Corral, the Herald reporter who wrote the story and continued to write similar exposes that coincidentally benefited the dictatorship in Cuba ended up being boycotted by Cuban exile activists. A year later he was arrested trying to solicit sexual favors from an underage prostitute in Flagami. Needless to say his arrest did not receive the substantial coverage his colleagues had gotten a year earlier. Although initially claiming his innocence, and backed by the Editor of  The Miami Herald, he later pled out to a pre-trial diversion. Defending Corral was the official Cuban communist newspaper Granma.

Fast forward six years later and things have not improved at The Miami Herald. Six years ago it was an in house reporter generating the content now one of the main stories was broken on a blog then material used from it in a story published in the The Miami Herald without attribution. Also the author of the blog has his own issues that also go unmentioned.

As in the case of the 2006 story involving ten journalists it will be interesting to look back six years from now and try to understand what was actually going on with the benefit of hindsight. Will another Herald executive be writing about another flawed story?