How the Castro brothers observe Christmas in Cuba: Beating children and stealing toys

Children of human rights activist Damaris Moya Portieles beaten by political police on January 2, 2014 in Santa Clara town, Cuba. Below is a photo with the little girl and little boy assaulted by agents of the Castro regime. In an interview she described how her little girl, Lázara is suffering stomach pains and fever as a result of the beating she suffered. 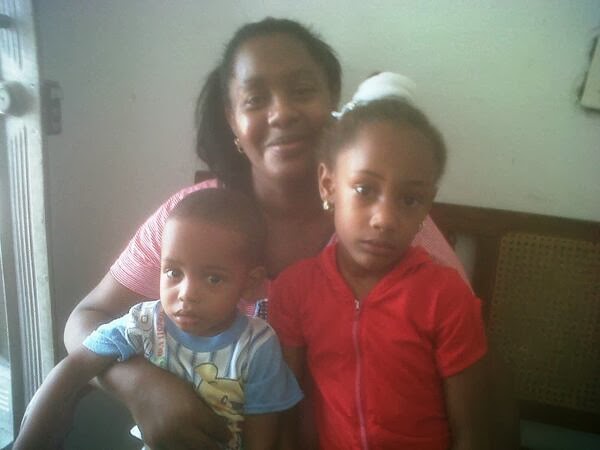 Earlier today on January 3, 2014 State security agents vandalized the headquarters of the Ladies in White in Havana. They took toys and food designated for Cuban kids on Three Kings Day which is traditionally celebrated on January 6.

The Castro brothers have a tradition of beating children and stealing toys at Christmas time. Three Kings Day also known as the Epiphany was observed last year by the regime in Cuba with detentions of children, the homes of activists stoned, and death threats.

During the prior month of December, the independent press agency Hablemos Press documented 853 arbitrary detentions in Cuba.

Cuban communists ended Christmas in 1969 and was only returned to the Cuban people when Pope John Paul II negotiated for it in conversations surrounding his 1998 visit to Cuba. Despite the formal return of Christmas, repression still takes place over the holidays on the tropical island. State Security does not go on holiday.

It can be said that the Castro regime is as green as the Grinch who stole Christmas, but unlike the Grinch the Castro brothers have not reformed themselves.
Posted by John Suarez at 11:45 PM