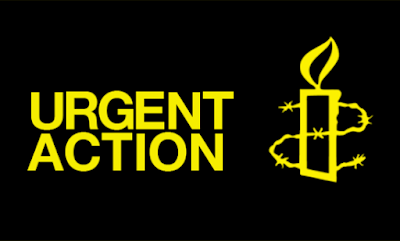 Members of Cubalex, a Havana-based organization of human rights lawyers, have been subjected to months of harassment and intimidation by the Cuban authorities for their work.

Progressively since September, Cuban authorities have intimidated members of Cubalex (Legal Information Center), a non-government organization, not recognized by the Cuban authorities, which provides free legal and human rights advice in Havana, the capital.

On 23 September, according to its Director, Laritza Diversent, authorities searched Cubalex’s centre of operation without warrant, confiscated a number of laptops and documents, and forced at least one woman to undress. The provincial prosecutor in Havana provided notice to Cubalex that it was under a tax investigation.

According to Cubalex, since then, state prosecutors have summoned at least two members of the organization for questioning. Cubalex stated that the interviews, which reportedly lasted up to one hour and 45 minutes, were filmed, leading members to believe that the authorities were seeking information to criminalize activities of the organization. According to Cubalex, authorities have also questioned people who received advice and information from their centre.

Cubalex’s Director reported that she has been stopped and questioned a number of times at the airport during her recent trips. She believes her home, which provides a base for Cubalex’s activities, is under surveillance. One of Cubalex’s members, Julio Ferrer Tamayo, reported being strip searched and detained during the search of Cubalex on 23 September and remains in custody.

Please write immediately in English or Spanish or your own language:

n  Calling on the Cuban authorities to allow members of Cubalex and all other human rights lawyers and activists to operate freely without harassment and intimidation;
n  Urging them to ensure that the criminal justice system or civil litigation is not misused to target or harass human rights defenders;
n  Calling on them to ensure a safe and enabling environment in which it is possible to defend and promote human rights without fear of punishment, reprisal or intimidation.

1) TAKE ACTIONWrite a letter, send an email, call, fax or tweet:
Contact these two officials by 30 December, 2016:
President of the RepublicRaúl Castro RuzPresidente de la República de CubaLa Habana, CubaFax: +41 22 758 9431 (Cuba Office in Geneva); +1 212 779 1697 (via Cuban Mission to UN)Email: cuba@un.int (c/o Cuban Mission to UN)Twitter: @RaulCastroRSalutation: Your Excellency
Ambassador Jose CabanasEmbassy of Cuba2630 16th Street NW, Washington, D.C. 20009Tel: (202) 797 8518 I Fax: (202) 797 0606Email: recepcion@sicuw.orgSalutation: Dear Ambassador
2) LET US KNOW YOU TOOK ACTIONHere’s why it is so important to report your actions: we record the number of actions taken on each case and use that information in our advocacy. Either email uan@aiusa.org with “UA 261/16” in the subject line or click this link.
ADDITIONAL RESOURCES
DOWNLOAD the full Urgent Action in PDF or Word format belowGET INSPIRED: Read about the people you have helpedREAD TIPS for writing effective letters and emailsCONTACT US: uan@aiusa.org
PDF version:
DOWNLOAD
Word version:
DOWNLOAD