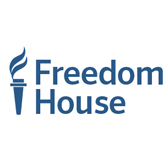 In response to Cuban security forces detaining at least five members of the Unión Patriótica de Cuba (UNPACU), an organization that has publicized the plight of political prisoners in the country, Freedom House issued the following statement:

“The government of Cuba is trying to silence anyone bringing attention to the arrests and imprisonment of critics, including members of UNPACU,” said Carlos Ponce, director for Latin America programs. “Authorities on March 9 detained members of UNPACU for their allegedly providing information to journalists, which the government apparently sees as a grave threat to security.  The detention of  Jose Daniel Ferrer, Jorge Cervantes García, Juan Eduardo Salgado Jurado, Yriade Hernández Aguilera, Carlos Oliva Rivery and other UNPACU members highlights for the need for the United States and other neighbors of Cuba to press for the government of Cuba to respect the rights of citizens to express their opinions.”


Freedom House is an independent watchdog organization that supports democratic change, monitors the status of freedom around the world, and advocates for democracy and human rights.

Join us on Facebook and Twitter (freedomhousedc) and Instagram. Stay up to date with Freedom House’s latest news and events by signing up for our RSS feeds, newsletter and our blog.