Castro's American Terrorist? Marilyn Buck bombed the US Capitol in 1983 celebrated by Cuban media in 2010

“When you feel you have right on your side, you can do some pretty horrific things.”
- Brian Flanagan, former Weathermen member 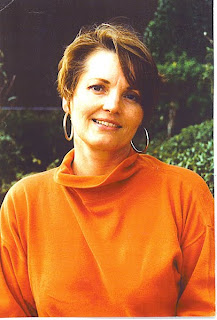 The three men she murdered in pursuit of her revolutionary political agenda on October 20, 1981 from left to right: Edward O'Grady, Waverly "Chipper" Brown, and Peter Paige.

At the same time that the Cuban dictatorship is protesting the Obama Administration designating it a state sponsor of state terrorism it is engaging in behavior that reaffirms the correctness of that designation. First, Radio Havana Cuba published an article online titled "Political Activist Marilyn Buck Dies at 62" in which it referred to Marilyn Buck as an "activist and former political prisoner" . In reality she was a violent leftist who bombed the U.S. Capitol in 1983 to protest the Grenada Invasion, and on October 20, 1981 as part of a group of Weather Underground and Black Liberation Army members assaulted a Brink’s armored car carrying 1.6 million in . Buck was a member of the Black Liberation Army. Two police officers and a guard were murdered in the course of the armed robbery and during the get away. She also pleaded guilty to the bombing of the US Capitol in 1988. Marilyn Buck argued then and would continue to argue that she was a political prisoner and not a terrorist. Amnesty International defines a political prisoner as follows:
"Any prisoner whose case has a significant political element: whether the motivation of the prisoner's acts, the acts themselves, or the motivation of the authorities."
The truth is one can be both a political prisoner and a terrorist and the late Marilyn Buck was an example. Ms. Buck however was not a prisoner of conscience. Creating and participating in a clandestine revolutionary group with the objective of violently overthrowing the government using bombings, armed bank robberies, and gun battles to create a climate of terror to achieve that end is both political and terrorist. The problem is that most people confuse the term political prisoner with prisoner of conscience. Amnesty International defines a prisoner of conscience as:
"Any person who is physically restrained (by imprisonment or otherwise) from expressing (in any form of words or symbols) any opinion which he honestly holds and which does not advocate or condone personal violence."
According to a 2004 report from the of ’s of and Cuban-American Studies the Cuban intelligence services became involved with African-Americans in the and with the Macheteros, a Puerto Rican terrorist group. Particular attention was placed in providing aid and training both the Black Panthers and the Black Liberation Army, as well as creating a safe haven in for fugitive members of these organizations. In a previous posting the links between the Cuban dictatorship and the Macheteros were explored.
Below is an excerpt of the 1982 Canadian Broadcasting Corporation (CBC) documentary The KGB Connections that also discusses the relationship between the Cuban intelligence services and another domestic terrorist organization, The Weather Underground, which also sought the violent overthrow of the United States government and its replacement with a Marxist-Leninist dictatorship:
Secondly, the Cuban dictatorship has mounted an international campaign for the so-called Cuban Five and have the chutzpah to describe them as "anti-terrorists." Recently the dictatorship had been complaining about the treatment of Gerardo Hernandez. This so-called "anti-terrorist" had participated in an act of state-terrorism on orders from Havana that led to the deaths of three US citizens and one resident on February 24, 1996 and is currently serving a life sentence for conspiracy to commit murder. These Cuban agents had also spied on US military facilities, gathered personal information on personnel and were also reporting on the best entry points for smuggling high explosives into Florida. Taking into account that these agents work for a regime that published and distributed in various languages a manual on urban guerrilla warfare with a chapter lauding terrorism as a valid tactic along with its well documented links to US based terrorist groups should raise concerns.
Unfortunately, Marilyn Buck is not alone her friends and colleagues have a website dedicated to her and continue to defend her actions. They've taken her prison writings and poetry and put it to music. Some of it has found its way on to you-tube such as this performance from December 5, 2006 at the Tom Manning Art Opening in Cambridge Massachusetts:
Sadly, the terrorist is remembered fondly by the above activists but what about her victims? Whats even more disturbing is to learn that City College in New York City allowed its campus center to be named after two colleagues of Marilyn Buck: Guillermo Morales and Assata Shakur. Both are fugitives from justice living in Cuba responsible for killing American citizens in acts of revolutionary terrorism. Assata Shakur otherwise known as Joanne Chesimard is there thanks to Marilyn Buck's assistance. Thankfully, when the New York Daily News exposed the shameful honoring of terrorists the sign was taken down. Hopefully one day this insane belief that terror and violence can produce something positive will finally end. Mohandas Gandhi was write when he observed: “They say, 'means are, after all, means'. I would say, 'means are, after all, everything'. As the means so the end...”

Marilyn Buck died of uterine cancer at the age of 62 at her Brooklyn home but let us also remember the lives she caught short in the name of a failed revolutionary ideology she wanted to impose on Americans via bombs and guns there names were: Edward O'Grady, Waverly "Chipper" Brown, and Peter Paige.

Edward O'Grady was a native of Nyack and a graduate of before enlisting in the United States Marine Corps. He was a long time member of the Jackson Hose Company # 3, a unit of the Nyack Volunteer Fire Department, as was his father before him. At the time of his death, Edward left behind his wife Diane and three children, a son Edward, Jr., age six, and two daughters Patricia, age two and Kimberly, age 6 months. O'Grady's daughter Kim is getting married next week, but thanks to Marilyn Buck her father will not be there to walk her down the aisle.

Waverly Brown had a seventeen year-old son and two grown daughters. He had a girlfriend in Nyack (Brown was separated from his wife). His mother, Dorothy DeLoatch, lived in , the small southern town where she was born sixty-seven years before the robbery. Brown liked to help out with the garden whenever he visited her. She had a small vegetable garden in which she grew corn, peas, lettuce and squash. Today, Waverly's son Gregory carries on his father's tradition as a police officer with the United States Postal Police.
Peter Paige began his employment with the Brinks Corporation as a guard in 1956. Never a stranger to hard work, he served Brink's loyally for 25 years until his untimely death in 1981. At the time of his death at age 49, Paige left behind a wife Josephine, a daughter Susan, (19) and two sons Michael (16) and Peter (9). He was also survived by six brothers and sisters.

A scholarship fund has been set up in memory of the two slain police officers.

May all her victims rest in peace, and may the regime in Cuba stop sponsoring, sheltering, and training terrorists.