“All the races of the world are men, and of all men and of each individual there is but one definition, and this is that they are rational. All have understanding and will and free choice, as all are made in the image and likeness of God . . . Thus the entire human race is one.” - Bishop Bartolomé De Las Casas (1550) 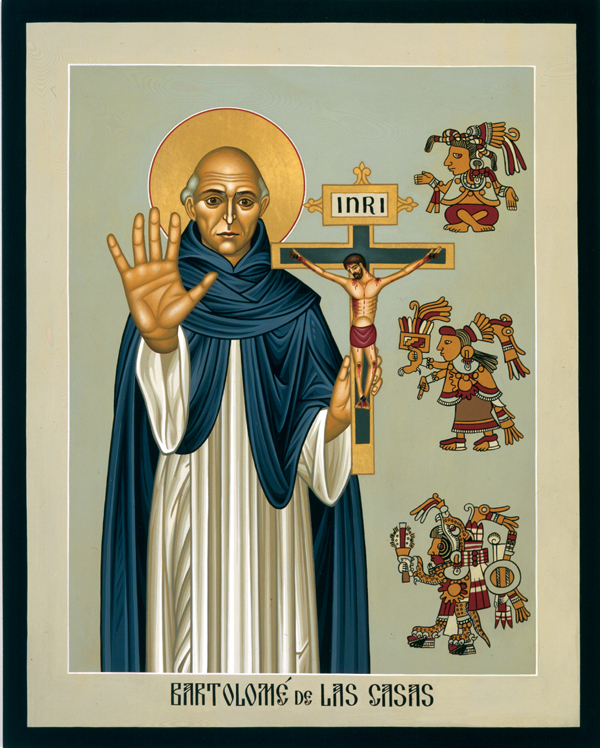 Yesterday, over twitter Joel R. Pruce, a Post Doc in Human Rights Studies at the University of Dayton, made a remarkable claim: "Either you are for a liberal conception of universal human rights, or you're politically conservative. Can't be both."

The essay below will make the case that this is not only incorrect but exposes a misunderstanding of the origins of the idea of universal human rights and the drafting of the Universal Declaration of Human Rights in 1948.

The discourse and modern concept of human rights emerged out of internal debates within the Catholic Church in the late Middle Ages and the very universality of human rights emerged out of a debate in which a Catholic Bishop defended the rights of the indigenous peoples of America. This at a time when liberals refused to recognize it in favor of their commercial interests.


"The missionary Church opposed this state of affairs from the beginning, and nearly everything positive that was done for the benefit of the indigenous peoples resulted from the call and clamor of the missionaries. The fact remained, however, that widespread injustice was extremely difficult to uproot ... Even more important than Bartolome de Las Casas was the Bishop of Nicaragua, Antonio de Valdeviso, who ultimately suffered martyrdom for his defense of the Indian." [Dussel, E. 1981]


Human rights and the concept that all human beings are equal in dignity before their maker are at the root of the universal human rights standard and it is not a "liberal conception" but a profoundly conservative one rooted in that most conservative and anti-modern of institutions the Roman Catholic Church. This is not how many modern academics view the Catholic Church of the 15th and 16th Century but rather as an accomplices to authoritarian rule.


First the development of the modern language of human rights emerges out of the public debate surrounding the treatment of American Indians in the first years of the Spanish conquest and led King Charles V to organize a debate between Bartolomé De Las Casas and Juan Ginés de Sepúlveda in 1550 in which the humanity of the indigenous peoples of the Americas and their ability to govern themselves was recognized as briefly outlined in the quote by Bishop Bartolomé De Las Casas at the top of the page.

Although relatively unknown in the English language Francisco de Vitoria (1483-1546), regarded as the founder of the “School of Salamanca,” arrived at the University of Salamanca in 1526, the University had been founded in 1218. Following the debate between De Las Casas and de Sepúlveda King Charles V would side with neither but followed de Vitoria's council which recognized the humanity of the indigenous people and their right to their own property. The Salamanca School and De Las Casas would leave a profound mark on Latin American thought.

Fast forward four hundred and twenty two years to the aftermath of WWII and the revelations of the Nazi holocaust that led to the conclusion that the nation state could not be relied on to protect the lives of its citizens and the ground was laid for a formalized international standard.


...[A]fter the Second World War, and in reaction to its horrors, there arose a more lively sense of human rights, which found recognition in a number of International Documents52 and, one might say, in the drawing up of a new "right of nations", to which the Holy See has constantly contributed. The focal point of this evolution has been the United Nations Organization. 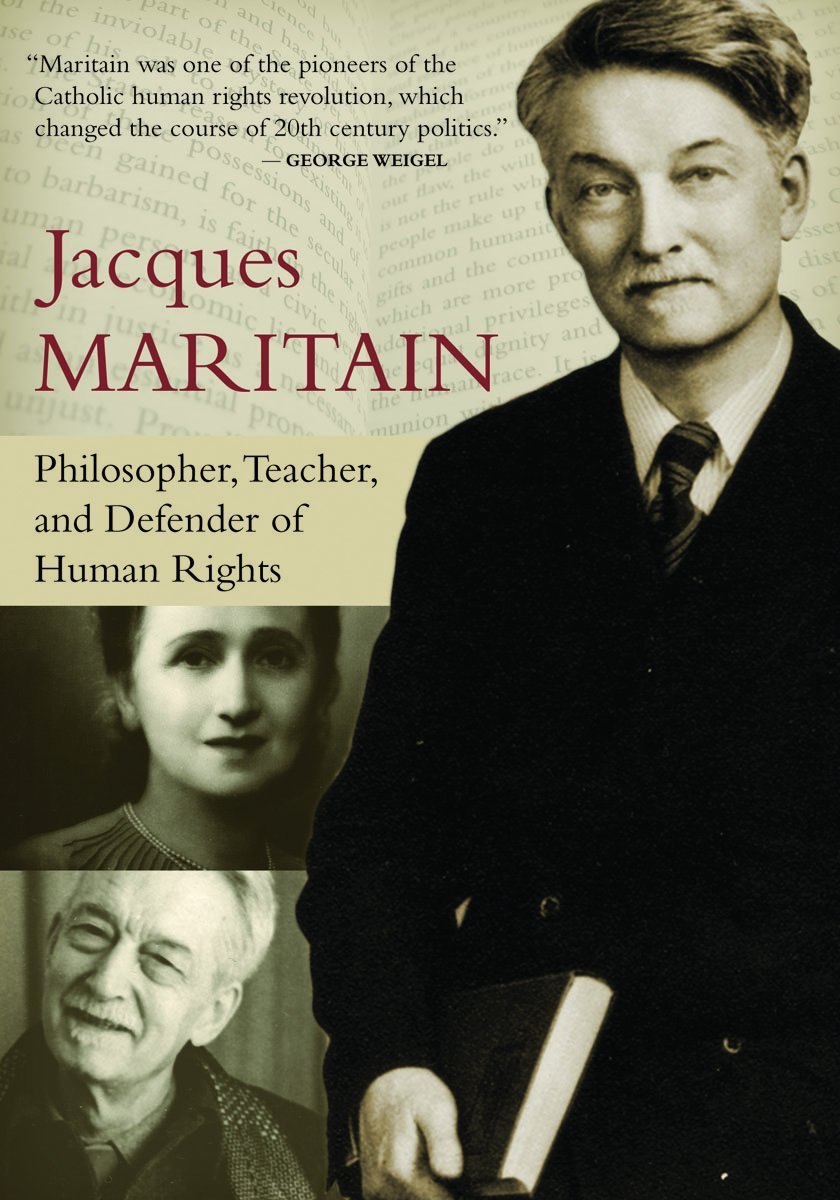 One of the drafters of the Universal Declaration of Human Rights was Jacques Maritain, a French philosopher who was a profound Catholic and anti-modernist inspired by Christian humanism:

There is but one solution for the history of the world, I mean in a Christian regime, however it may be otherwise. It is that the creature be truly respected in its connection with God and because receiving everything from Him: humanism but theocentric humanism, rooted where man has his roots, integral humanism, humanism of the incarnation.

The formation of the United Nations was an opportunity for Latin Americans to push for international human rights standards. The American Declaration of the Rights and Duties of Man was the first international human rights instrument and was signed into existence in Bogota, Colombia in April of 1948 nine months prior to the Universal Declaration of Human Rights in December of 1948 where Latin Americans played a major and crucial role, among them the Cuban delegation. The first draft of the Declaration was fashioned from various models collected by the UN Secretariat among them "a model based on a Cuban-sponsored proposal at the San Francisco conference, a proposed first draft offered by the Chilean delegation, and the earlier Panamanian draft."

The Universal Declaration of Human Rights is heavily informed and influenced by Catholic social doctrine found in the 1891 Papal Encyclical Rerum Novarum by Pope Leo XIII. The Catholic Church in its social teaching rejects both liberalism and communism embracing a defense of the dignity of human beings grounded in its own metaphysical vision of personhood. The holistic approach to human rights that embraces both civil/political and social/economic rights was not found in a compromise between the liberal anglosphere and the socialist soviet sphere but was the initiative of Catholic thinkers, states and the Holy See that shaped this most important document.

Trying to understand Pruce's claim required reflecting on a couple of issues related to the American experience in the northern hemisphere.

Liberalism and the United States

The United States is politically a liberal country. Both major political parties from an international perspective are liberal parties. The Democratic party commonly described as liberals would fit the definition of a modern liberal party. This means that it has social democratic tendencies. Whereas the Republican Party, that describes itself as the party of free markets, limited government and rugged individualism fits the definition of classical liberalism with libertarian tendencies.  Neither is truly conservative when applying a vision of conservatism found on the European continent or in Latin America. The Catholic Church is one of the historical bulwarks of conservatism as is the monarchy and aristocracy. The first did not play a role in the founding of the United States and the second was rejected in favor of the current republic. This is not to say that there have not been conservative currents in the culture and important conservative thinkers.

As with the case of Liberalism within conservatism there are different currents of thoughts. Perhaps Pruce's claim that one cannot be conservative and hold a universal conception of human rights is based on a narrow look at a particular strand of conservative thoughts? Within the American tradition there has been skepticism about the use of universal human rights standards as a means to an end which justifies war.

Thomas Fleming in The Morality of Everyday Life asks: “If rights are claims to be enforced by government, then what are ‘international human rights’ if not the theoretical justification for world government?”[Fleming, T. 2007 ] American conservatives are also concerned with the proliferation of rights into areas that undermine traditions.

It has been demonstrated that governments have a history of mass killing. Why should one think that a world government would be any better? The question has not only been raised by American conservatives but also by a man who the official media of the Soviet Union described as a reactionary utopian upon his death in 1948. Mohandas Gandhi looked upon an increase in the power of the State with the greatest fear because, although it appeared to be doing good by minimizing exploitation, it did the greatest harm to mankind by destroying individuality [Gandhi, M. 1960]. Furthermore Gandhi believed that: “Centralization as a system is inconsistent with [a] non-violent structure of society.”[Gandhi, M. 1960]

Despite this skepticism the fact remains that both human rights discourse and the universality of human rights emerged out of one of the most conservative institutions: The Catholic Church. Therefore having a conservative conception of human rights is a necessity if one wishes to understand how human rights came to be and what can be done to ensure that they can be preserved in a manner that does not lead to their wholesale violation.