Action not reaction: The politics of love in Cuba and Miami 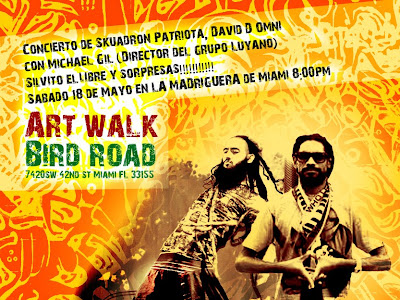 
Their messages of resistance to tyranny in all its manifestations, love and unity of Cubans serve as a dissolving agent against tyranny while at the same time healing divisions provoked and promoted by the dictatorship.

In the song below "Monologue", Eskuadron Patriota carries out a dialogue with an official who warns him of the consequences of his actions. The Cuban rapper thanks him for his concerns and goes on to denounce the culture of fear that the dictatorship relies on to maintain power.


These Cuban artists will be playing venues in Miami over the following weeks. Raudell Collazo (Escuadrón Patriota) will hold a concert at CubaOcho Art & Research Center on May 24.
Posted by John Suarez at 3:58 AM