“For the dead and the living, we must bear witness...” Elie Weisel


Oswaldo Payá Sardiñas spent his entire adult life defending the human rights of the Cuban people and demanding, using nonviolent means, that human rights be respected in Cuba and the need for a democratic transition on the island mobilizing thousands of Cubans in the process. However, he did not only focus on the human rights violations of the Castro regime and consistently defended human rights in stark contrast to the current government in Oswaldo's homeland.

Two instances separated by a decade involving the United States and Iran demonstrate this courageous consistency in speaking truth to power.

On January 12, 2002 the Cuban Communist Party's daily newspaper Granma offered the official position of the dictatorship on the prison camp in Guantanamo: "We will not create any obstacles to the development of the [U.S. military] operation, though the transfer of foreign prisoners of war by the U.S. government to the base—located on a space in our territory upon which we have been deprived of any jurisdiction—was not part of the agreement that the base was founded upon."


"It's obviously a matter of shame that our land is being used for that purpose, having foreign prisoners brought to Cuba. Even if they are terrorists they deserve respect. Their human rights should be respected."

"Tyrant lizard on the hill. Currently Ahmadinejad speaks at the University of Havana. It is an insult to the students and an outrage to the sacred remains of Father Varela and against the virtue and the homeland of the Cubans

Mahmoud, why do you deny the Holocaust? Would you repeat it? Never again against any people."

Seven months later on July 22, 2012 this consistent defender of human rights was killed in what appears to have been a state security operation that led to a car crash. Beyond that the facts of what happened have still not been cleared up and his family is demanding an investigation. 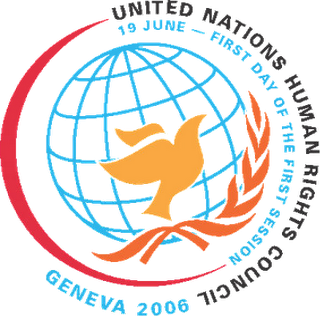 People of goodwill that wish to send a message to the international community let the human rights community know that the deaths of Oswaldo and Harold need to be investigated. Use the hashtag #HRC23 along with quotes by Oswaldo and/or requests for an international investigation into their deaths.

Please follow the interactive dialogue on May 30, 2013 with the special rapporteur on extrajudicial executions that will be held in Geneva at the UN Human Rights Council and if this extrajudicial death is not mentioned please ask why it was not raised and if it is mentioned let others know about what happened and the need for an investigation to arrive at the truth of what happened.