Rising repression against the Christian Liberation Movement: May - June 2013 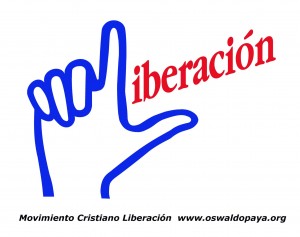 1-Werlando Leyva Batista: Member of the Christian Liberation Movement and manager of The People’s Path in La Yuraguana (Holguin province). Suffered on May 3 a raid on his home by three members of the police forces of the Castro regime, as Eduardo Cardet, Member of the Coordinating Council of the MCL denounced. Sector Chief of Police, Carlos Gonzalez, in addition to participating in the raid, threatened Leyva Batista so that he would leave his activism on behalf of human rights. Werlando Leyva Batista was assaulted by a paramilitary officer with a machete and suffered injuries this June 8 for which he was hospitalized.

2-Luis Manuel Rodriguez: Christian Liberation Movement member and manager of The Peoples Path in Santiago de Cuba. According to the report by Andres Adolis, member of the Coordinating Council of the MCL from Santiago de Cuba denounced that on May 8 state security agents threatened Luis Manuel Rodriguez in the street with death while he was walking with his children around the corner from his home.

3-Alexander Peña Tamayo: Member of the Christian Liberation Movement in the town of San Agustin (Holguin) was arrested, reported by telephone Eduardo Cardet, MCL leader in Holguin and member of the Coordinating Council of the Movement. Peña Tamayo worked actively in the collection of signatures in support of Project Heredia and the dissemination of The People’s Path initiative. Alexander Tamayo Peña, 28 years old, had been sanctioned by the figure of "pre-criminal dangerousness", although the sentence had been commuted to correctional work. On May 22, during his monthly visit to the station for the renewal of penal substitution, the latter was revoked without notice and he was held in Holguín Provincial Prison. Peña Tamayo's family was not informed of his new penal status. Since the authorities refused to provide any information on the activist, the wife of the MCL activist did not know until three days after that he had been imprisoned. During this period, she did not have any news of his whereabouts.

4 - Rigoberto Rodriguez, Member of the Christian Liberation Movement in the town of Buenaventura (Camagüey Province). MCL leader in Holguin and member of the Coordinating Council of the Movement. A local government representative and a high ranking member of State Security have launched a campaign from the first days of May against Rigoberto Rodriguez, a member of the MCL in the town of Buenaventura (Camagüey Province) to disqualify and socially isolate him. Rodriguez working intensively in distributing the Heredia Project, as well as collecting signatures in support of the same, and the dissemination of The Peoples Path initiative and the petition for a referendum on reforms in Cuba. Responsible for heading the campaig is the Delegate of the Judiciary, Julio Molina, with the official support of the State Security official Leonel Vázquez.

5-Elieser Porto. Member of the Christian Liberation Movement in Palma Soriano (Santiago de Cuba). On May 20, a member of the Communist Party of Cuba in the city of Palma Soriano who refused to identify himself threatened Eliezer with arresting (send him to jail) his child if he continued in his activities as a manager of the Bill known as Project Heredia. The wife of the local leader of MCL was also visited by state security threatening her the same way about their 16 year old son.

6-Erlan Driggs Batta. Member of the Christian Liberation Movement in Ojo de Agua, Holguin Province is a target of attacks and destruction of his crops by vandals in the service of state security, report MCL activists in the eastern province this May 24

7-Madeleine Escobar. Christian Liberation Movement activist in the city of Holguin. She had to turn in this day May 3 her license to sell snacks and fast food in the cafeteria, due to the harassment of State Security. Escobar Barceló was the victim of harassment and threats by the Cuban political police for months. In February of this year the regime's security forces used supposed food inspectors to start a provocation accusing her falsely of committing irregularities with her son selling products. When Madeleine denied it and firmly demonstrated the slanderous nature of the accusation, inspectors called the police who immediately appeared at the scene taking Liberation activist to police headquarters.

After that vulgar and grotesque provocation, the political police intervened to start threatening and attempting to blackmail the MCL activist and her son interrogating them for the work of the MCL in the province and the number of activists involved in it. Madeleine Escobar responded then and now firmly to her interrogators that she did not have to answer those questions to them and in any case she was there to denounce the administrative arbitrariness committed against them by the inspectors that unjustly denounced them. She and her son were released in February, but the threats and harassment to the small family business have not stopped.

9 - Last May 29, State security arrested Felipe Abreu and Miguel Lázaro, members of the MCL in Las Tunas province. Political police agents intimidated and threatened them for hours for their work in the Heredia Project.

10 - MORE INFORMATION ABOUT THE CASE OF THE CHRISTIAN LIBERATION MOVEMENT ACTIVIST ROSA MARIA RODRIGUEZ AND HER JAILED SON YOSVANI MELCHOR RODRIGUEZ: Harassing phone calls to Rosa Maria Rodriguez, of the MCL continue The Christian Liberation Movement activist, Rosa Maria Rodriguez, remains a victim of telephone harassment by the Cuban State Security. Rosa María Rodríguez is the mother of Yosvany Melchor Rodríguez, who was convicted in a judicial farce orchestrated by the political police to 12 years in prison and remains imprisoned for the past three years as a means of blackmail and pressure to his mother. You can listen to the audio here in Spanish: http://www.youtube.com/watch?v=MUwRyxIL6oo The Cuban government violates its own law to keep this young man with a general learning disability in prison