"Those who cannot remember the past are condemned to repeat it."- George Santayana

The 2008 Summer Olympic Games in Beijing were a human rights disaster for China with scenes of Tibetan demonstrators gunned down by Chinese soldiers. Despite this the International Olympic Committee (IOC) has chosen China to once again to host the Olympics in 2022 in the midst of an ongoing crackdown on human rights lawyers and defenders in the country.  As was the case in the lead up to the 2008 Olympics friends of a free China need to increase scrutiny on the Chinese regime with an Olympic Watch. The consequences of  the IOC legitimizing such a regime cannot be overstated. The 1936 Olympics held in Berlin and hosted by the Nazi Third Reich with the ceremonies formally opened by Adolph Hitler should serve as a cautionary example. The United States Holocaust Memorial Museum described the impact of the games as follows:


On August 1, 1936, Hitler opened the XIth Olympiad. Musical fanfares directed by the famous composer Richard Strauss announced the dictator's arrival to the largely German crowd. Hundreds of athletes in opening day regalia marched into the stadium, team by team in alphabetical order. Inaugurating a new Olympic ritual, a lone runner arrived bearing a torch carried by relay from the site of the ancient Games in Olympia, Greece.
[...] Concerted propaganda efforts continued well after the Olympics with the international release in 1938 of "Olympia," the controversial documentary directed by German film maker and Nazi sympathizer Leni Riefenstahl. She was commissioned by the Nazi regime to produce this film about the 1936 Summer Games. Germany emerged victorious from the XIth Olympiad. German athletes captured the most medals, and German hospitality and organization won the praises of visitors. Most newspaper accounts echoed the New York Times report that the Games put Germans "back in the fold of nations," and even made them "more human again." Some even found reason to hope that this peaceable interlude would endure.

The 1936 Olympics whitewashed the brutality of the Nazi regime in Germany and led to acceptance of Hitler's criminal regime. The 2008 Olympics whitewashed the brutality of the Communist regime in China further legitimizing that criminal regime. In 2022 it will add insult to injury by returning to China and making this decision amidst a human rights crackdown where more than 200 lawyers and human rights activists have been detained with some facing 15 year prison sentences. 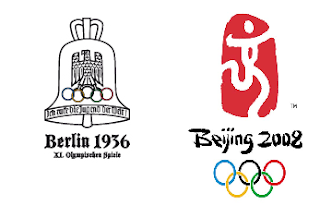