Capitol Hill Cubans yesterday reported the following on the presence of Google in Cuba:


Reports from Cuba have noted that the center has been given priority use by Ministry of the Interior ('MININT') officials and trainees. The MININT is home to Castro's intelligence services. Thus, the Google + Kcho Mor center has become a playground for Cuba's spies and future cyber-warriors. Furthermore, after passing various security checks, when regular Cubans finally get to enter the center, they are treated to censored online access. Webpages like Cubaencuentro, Revolico and 14ymedio remain blocked. Thus, Google has now officially become an extension of Cuba's censors.

This should not come as a surprise and back in 2011 I pointed out the following:


American companies such as Microsoft, Nortel, Cisco and Sun-Microsystems collaborated extensively with the Chinese communists to set up an intranet that blocks free access to internet to hundreds of millions of Chinese. American technology companies identified and located Chinese dissidents for the regime who imprisoned and tortured them. For example, according to Amnesty International, Chinese journalist Shi Tao is serving 10 years in jail after Internet company Yahoo! gave the authorities his personal email account-holder information.

American tech firms, such as Narus, aided the Mubarak regime in Egypt during its brutal crackdown tracking Egyptian activists during the Arab Spring and has also been suspected of helping Libya track dissidents.

The difference between Cuba and these other countries is that due to economic sanctions - some US technology corporations were blocked from doing the same sordid business with the Castro regime. Of course that does not mean that other companies from other countries are not already engaged in those practices. At the time of the 2003 Black Cuban Spring the Italian company, Telecom Italia, provided technology that was used to track activists that used the internet in a "counterrevolutionary manner."

Internet apartheid its not just a Cuban thing but thanks to US sanctions at least US companies do not have carte blanche to do the same thing in Cuba that they are doing in China, Syria, Egypt and in so many other places around the world. Unfortunately, there are other companies in Cuba collaborating and doing it. 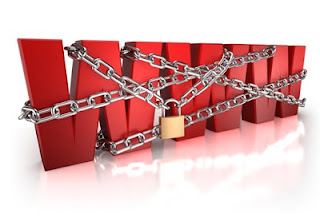 In March of 2015 I went further into analyzing the shortcomings of those who see technology as a panacea in resisting totalitarian regimes:


Technology is neutral, and repressive regimes have contracted Western companies to place draconian controls on the internet that are used to target activists. Amnesty International identified "Cisco Systems, Microsoft, Nortel Networks, Websense and Sun Microsystems" as having "provided technology which has been used to censor and control the use of the Internet in China." These repressive applications of new technologies have been transferred to other dictatorships.

Many experts, like the ones apparently operating in the State Department, argue of the importance of conditions such as: a large middle class, internet penetration or some minimum annual level of income.

However, Srdja Popovic, a cofounder and key figure in the Serbian resistance movement “Otpor!” that toppled Slobodan Milosevic nonviolently in 2000 disagrees with the above line of argument and makes the case that the most important thing that you can do is to build up the skills of activists because they are the ones who make the change. Conditions are important to take into consideration when activists are formulating their strategy but they do not define success.

Now thanks to President Obama's new Cuba policy it appears that American companies such as Google are collaborating with the dictatorship in setting up sophisticated censorship capabilities and giving Cuba's secret police priority access to control what Cubans will see when surfing the internet.  This opens the door to American high tech companies propping up and modernizing totalitarianism in Cuba as they did in China. 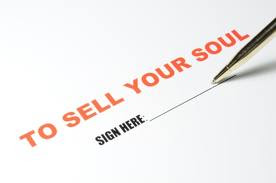 If the above analysis is incorrect then please provide your counter-argument in the comments section below.
Posted by John Suarez at 4:24 AM