151 years later, Cubans are still shouting for freedom in the island nation. 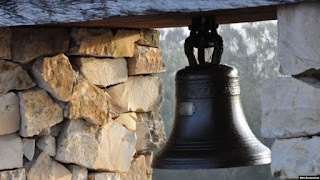 October 10, 1868 holds special meaning for Cubans. It is the day that Cubans issued a call for rebellion and independence from Spain in the town of Yara. This marked the start of the Ten Years War that forever marked both Cuba and Spain. Under Cuba's old democratic system it was the day that the democratically elected president would assume office.

Today, a brutal sixty year old totalitarian dictatorship has organized a farce that it calls an election to legitimize its continued totalitarian rule. History says otherwise. This is the latest rebranding of the Castro dictatorship.

Cuba's last freely elected president, Carlos Prio Socarras, was elected by Cubans in free and fair elections on July 1, 1948 and assumed office 71 years ago today on October 10, 1948. He was not perfect, but he was a democrat who respected civil liberties and presided over years of prosperity and freedom for Cubans. On his watch Cuban diplomats played an important role in the drafting of the Universal Declaration of Human Rights. President Socarras warned Cubans not to be consumed by hatred, but his warnings were not heeded.

It has been sixty seven years without democracy in Cuba. On March 10, 1952 Fulgencio Batista carried out a coup and overthrew the democratic order. Fidel Castro and his guerillas promised to restore democracy obtaining the support of the United States, but transitioned Cuba from an authoritarian left wing dictatorship to a totalitarian communist dictatorship that continues to hold power in Cuba today.  Fidel Castro in a 1960 interview with a Brazilian journalist explained his disdain for elections:


"It never functioned in Latin America. Elections are a myth. The parliamentary system in Cuba reflected the old system, which we are now destroying. Elections now would be a step backward, with time and effort wasted in sterile discussions and theoretical considerations."


The only "elections" held in Cuba in recent years have been that of the dictatorship electing which opposition leader that threatens to be a political alternative will die under suspicious circumstances. On October 14, 2011 the founder of the Ladies in White, Laura Pollán and on July 22, 2012 the founder of the Christian Liberation Movement, Oswaldo Payá Sardiñas each died under strange circumstances that point to Cuban state security's involvement.

Now is the time to speak out and speak up for those who can no longer do so for themselves.
Posted by John Suarez at 1:13 PM