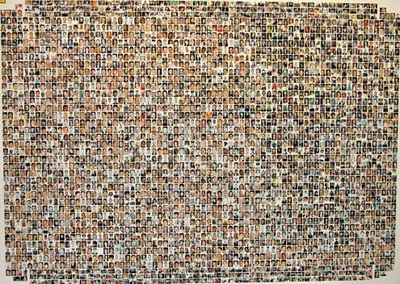 2,977 men, women and children were murdered on September 11, 2001 over the course of a few hours on a sunny Tuesday morning in three different states. The victims were distributed as follows: 246 on the four planes converted into flying missiles. Two of the planes flew into the Twin Towers which collapsed and led to the deaths of 2,606 human beings in New York City in the towers and on the ground, and a third struck the Pentagon taking 125 lives. The fourth plane, heading to Washington D.C., never arrived and crashed into an open field near Shanksville, Pennsylvania as the passengers of the flight fought the terrorists over control of the flight.

There are a few moments that are burned into my memory: the moment on January 28, 1986 when the Challenger blew up, the February 24, 1996 shoot down of two Brothers to the Rescue planes by Cuban MiGs, the murders of Oswaldo Payá Sardiñas and Harold Cepero Escalante on July 22, 2012, and the terror attacks on September 11, 2001 that brought down the Twin Towers, and damaged the Pentagon.

The last marked a before and after not only in America history, but in my own life, and the lives of countless other Americans.

Today is a day to pray, remember the victims, honor those who risked their lives to save others and also remember and process what happened and the response.

We owe it not only to those who died on September 11, 2001 but to the long departed and those yet to be born what kind of country will be passed on to the next generation.

This is why it is important to remember those courageous Americans who fought the terrorists over the skies of Shanksville, Pennsylvania battling to commandeer United Flight 93 on September 11, 2001, and frustrated the plans of the evil doers. Fighting evil, in an effort to save lives, including their own.

It is that American can-do spirit that confronted evil with courage not for martyrdom, but to go home, and that should be reflected on today.