Castro ended 76 years of black agency in Cuba, how Cuban dissidents are bringing it back , and the price they are paying to do it

The Spanish Congress of Deputies on January 19, 1880 voted to abolish slavery in Cuba. The last vestiges of slavery ended in Cuba by royal decree on October 7, 1886. Juan Gualberto Gómez Ferrer, a free Cuban black, and leader of the independence struggle defended the rights of Black Cubans for his entire career.

Between 1886 and 1892 in Cuba, free black people were able to organize into a network of societies formally founded by Gómez Ferrer in 1892 in the “Directory of Colored Societies” to press for black social, economic and political advancement in Cuba. Gómez Ferrer represented Havana in the Cuban House of Representatives (1914–1917) and Senate (1917–1925). The Central Directory of Societies of Color would spend the next seventy six years pushing for Black advancement in Cuba.

Cuba during the later colonial period, and during the Republic wrestled with the legacy of slavery, and racism, but it was part of the public discussion – with its high and low points. Ugly periods in the early Cuban Republic, such as the 1912 race war, and private discrimination persisted, but so did black agency to advocate for each other. 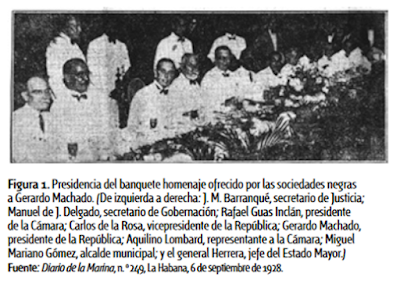 The Central Directory of Societies of Color succeeded in lobbying for the 1940 Constitution to address racism in Articles 10, 20, 74, and 102, and in labor legislation to provide greater inclusion for black Cubans over the next 20 years.

All of this came crashing down with Castro’s communist revolution. Cuban black nationalist Juan René Betancourt in his essay "Castro and the Cuban Negro" published in the NAACP publication The Crisis in 1961.

“Of the 256 Negro societies in Cuba, many have had to close their doors and others are in death agony. One can truthfully say, and this is without the slightest exaggeration, that the Negro movement in Cuba died at the hands of Sr. Fidel Castro.” … “Yet this is the man who had the cynical impudence to visit the United States in 1960 for the purpose of censuring American racial discrimination. Although this evil obviously exists in the United States, Castro is not precisely the man to offer America solutions, nor even to pass judgement.”

Between 1898 and 1959 the relationship between Black-Americans and Black-Cubans was based on their being part of an international black diaspora. This relationship ended when the Castro regime ended autonomous black civil society in 1962, and consolidated totalitarian rule.

It was replaced by Castro and his white revolutionary elite allying with Black elites in the United States, and Africa while criticizing racism in the United States. This ended black agency in Cuba for decades, replaced with a policy based in obedience, submission, and gratitude to the white revolutionary elite, and this was reflected in official propaganda with racist tropes.

The elimination of Afro-Cubans from this dynamic by the new communist revolutionary elite turned racism into a political tool outside of Cuba to advance the Castro regime's communist agenda, but turned it into a taboo topic by ungrateful blacks, labeled counter-revolutionaries by the dictatorship.

Based on the Institute for Crime and Justice Policy Research, according to the January 13, 2020 article by EuropaPress, Cuba today has the largest per capita prison population in the world. Although official data is unavailable, it is known that a disproportionate number are Black Cubans.

On March 22, 1959 Fidel Castro declared that racism no longer existed in Cuba, to question that was to be a counter-revolutionary. The regime claimed over the next six decades that there is no racism in Cuba while poverty disproportionately impacts black Cubans with 95% having the lowest incomes compared to 58% of white Cubans, after six decades of communism, and independent black voices continue to be silenced.

Decades imprisoned for defying the dictatorship 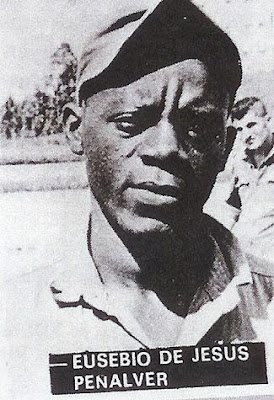 Eusebio Peñalver opposed the Batista regime and fought with the rebel army to restore Cuba's constitutional democracy."But when Castro hijacked the revolution for himself, Peñalver broke ranks rather than 'sell my soul to the same devil that here on earth is Castro and communism,’”wrote Mary O'Grady in 2013 and quoted him. He took up arms against Castro's military in the Escambray Mountains, he was captured in October 1960. He spent 28 years in Cuban prisons and was banished from the island upon his release in 1988. "From exile in Los Angeles he wrote about the 'naked brutality' and round-the-clock beating and harassment that he had endured: 'They made the men eat grass, they submerged them in sewage, they beat them hard with bayonets and they hit them with fence posts until their bones rattled.’" Eusebio passed away in 2006 still banished from Cuba. 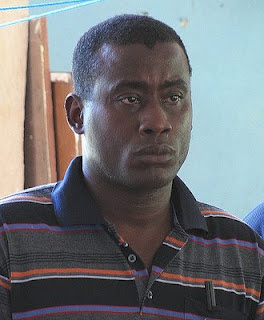 Jorge Luis Garcia Perez "Antunez" served 17 years and 38 days in prison for calling for democratic reforms in a public space in Cuba in 1990. 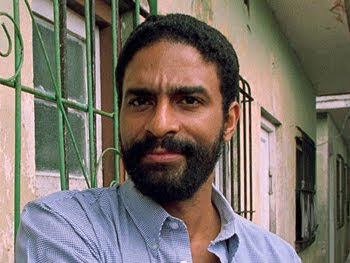 In August 1999 Dr. Oscar Elias Biscet was beaten and burned with a cigarette when police detained him at a provincial station in Matanzas. In November 1999 he was imprisoned for three years after holding a press conference where he was accused of displaying the Cuban flag upside down.

Oscar was freed for 36 days on October 31, 2002 after serving a three year sentence and then arbitrarily imprisoned again on December 6, 2002, only to be subjected during the 2003 Black Spring crackdown, to a show trial and sentenced to 25 years in prison. Oscar Elías was released on March 11, 2011 after a total of more than 12 years in prison.On both occasions he was considered a prisoner of conscience.

Died or executed by Castro regime

Lorenzo Enrique Copello Castillo, Bárbaro Leodán Sevilla García, and Jorge Luis Martínez Isaac, were shot by firing squad following a speedy "trial" on April 11, 2003 for trying to leave Cuba. On April 2, 2003 eleven Cubans hijacked a ferry traveling to Regla from Havana with 40 people on board with the intention of traveling to the United States of America but ran out of fuel 28 miles off the Cuban coast and were towed back to the island. Despite verbal threats made against the safety of the passengers to maintain control of the vessel, the situation, according to the authorities, ended without violence and that “all of those who had been on board were rescued and saved without so much as a shot or a scratch.” They were captured, tried and executed in nine days. 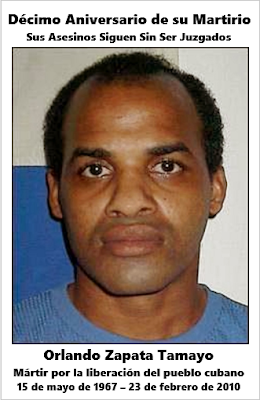 Orlando Zapata Tamayo, a human rights activist and black Cuban prisoner of conscience was subjected to systematic physical and psychological torture between 2003 and 2010, and following his death on February 23, 2010 was subjected to a campaign of vilification by Cuba's Communist authorities.

Orlando's mother, Reina Luisa Tamayo, denounced her son's mistreatment and held up a blood stained shirt that belonged to her son, who had been beaten up by prison guards, for rejecting communist re-education and continuing to denounce human rights violations in the prisons. 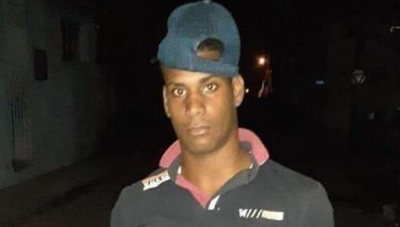 On June 24, 2020 in Guanabacoa, Cuba 27 year old unarmed black Cuban, Hansel Ernesto Hernández Galiano was shot in the back and killed by the police. The official version claims that he was stealing pieces and accessories from a bus stop when he was spotted by two Revolutionary National Police (PNR in Spanish). Upon seeing the police Hansel ran away and the officers pursued him nearly two kilometers. PNR claimed that during the pursuit Hansel threw rocks at the officers. Police fired two warning shots and a third in his back killing him. Hansel's body was quickly cremated.

This prevented an independent autopsy to verify official claims, or a proper funeral. When activists attempted to organize to protest the death of Hansel, secret police preemptively shut them down surrounding homes, and detaining scores of activists. The Castro regime launched a Heroes of the Blue ( #HeroesDeAzul ) campaign at the national level and social media in Cuba to portray their police positively to counter negative feelings after the killing.

Cuban dissident Yosvany Arostegui Armenteros died on August 7, 2020 in Cuba while in police custody following a 40 day hunger strike. He had been jailed on false charges in the Kilo 8 prison of Camagüey. His body was quickly cremated by the dictatorship.

Diubis Laurencio Tejeda, (age 36) was shot in the back by regime officials on July 12, 2021 during nationwide protests in Cuba. Video emerged on July 15th of the aftermath of Diubis being shot in the back and posted over Twitter.

Pablo Moya Delá died on August 26, 2021 at the Clinical Surgical Hospital in Santiago de Cuba. He was jailed on October 23, 2020 for protesting socioeconomic conditions and overall repression. He was beaten, mistreated for months, weakened following a hunger strike and after destroying his health released on probation earlier this month near death. His plight had drawn international attention.