International Day in Support of Victims of Torture and Cuba: Providing context and Four cases 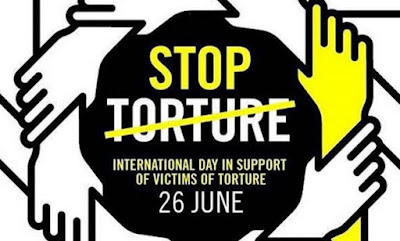 Today, June 26th is the International Day in Support of Victims of Torture and sadly there are many in Cuba who are torture victims.

The United Nations Convention against Torture and Other Cruel, Inhuman or Degrading Treatment or Punishment (1984), defines "torture" as "any act by which severe pain or suffering, whether physical or mental, is intentionally inflicted on a person for such purposes as obtaining from him or a third person information or a confession, punishing him for an act he or a third person has committed or is suspected of having committed, or intimidating or coercing him or a third person, or for any reason based on discrimination of any kind, when such pain or suffering is inflicted by or at the instigation of or with the consent or acquiescence of a public official or other person acting in an official capacity. It does not include pain or suffering arising only from, inherent in or incidental to lawful sanctions."

On May 13, 2022 the UN Committee against Torture (CAT) published findings on Cuba.

Cuba
With regard to reports of harassment, arbitrary arrests, intimidation, imprisonment, and reprisals against human rights defenders, the Committee urged Cuba to end these practices. The Committee also emphasized the importance of an independent and impartial judicial system.

Concerning the crackdowns on the social protests in July 2021, the Committee urged Cuba to promptly and thoroughly investigate arbitrary detentions, excessive use of force and ill-treatment, and punish those responsible. The Committee also called for Cuba to establish a national human rights institution and an independent mechanism to conduct regular unannounced visits to all places where people are deprived of their liberty.

Civil society groups presented a report on torture practices of the Cuban government that is available online, and was presented to UNCAT. Below are some cases of torture in Cuba that stretch back 17 years. This is not an exhaustive list.

Prisoner of conscience forcibly injected with HIV in 2018

In May 2018, Ariel Ruiz Urquiola was arbitrarily detained, sentenced and jailed from early May to early July 2018. He was subjected to cruel and unusual punishment during his imprisonment when Cuban officials forcibly injected him with HIV. The International Society for Human rights has provided evidence that substantiates the charge, and below is his testimony before the Oslo Freedom Forum in 2020. 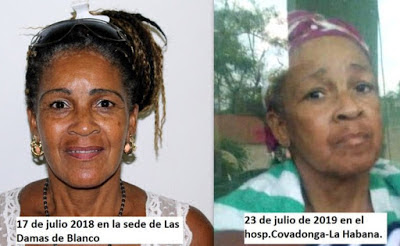 Xiomara de las Mercedes Cruz was arrested on April 16, 2016 for speaking out during a human rights demonstration in Havana's Central park. She was placed on parole in January of 2018. She was re-arrested in mid-September 2018 under the charge of being "threatening." On September 19, 2018 she was tried and sentenced to one year and four months in prison. She was sent to a prison 400 kilometers from her home. This was an added hardship for her family to visit her, and keep an eye on her well being.Xiomara was sent to a punishment cell for at least 10 days for speaking to her daughter over the phone.

Dr. Alfredo Melgar, a specialist in Internal Medicine and lead doctor treating Xiomara Cruz Miranda, in a May 2020 interview, believes that she was exposed while in the Cuban prison to "various chemicals." Cuban doctors in the island, at varying times, told her she was either suffering from Tuberculosis or lung cancer as her condition continued to worsen. Dr. Melgar affirms that these substances had possibly caused irreversible lung damage.

Over the course of one year in custody of the Cuban government her health radically declined. Rashes appeared on her body in June 2019 that Cuban medical doctors in Ciego de Ávila claimed to be unable to diagnose.  She was able to finally obtain medical care in the United States in January 2020 when she was near death, and spent seven months in intensive care in Jackson Memorial Hospital, and was finally well enough to continue her treatment as an outpatient.

Sirley Ávila León was a delegate to the Municipal Assembly of People’s Power in Cuba from June 2005, for the rural area of Limones until 2012 when the regime gerrymandered her district out of existence. Cuban officials removed her from her position because she had fought to reopen a school in her district, but been ignored by official channels and had reached out to international media. Her son, Yoerlis Peña Ávila, who had an 18 year distinguished career in the Cuban military was forced out when he refused to declare his mother insane and have her committed to a psychiatric facility.

Sirley joined the ranks of the democratic opposition and repression against her increased dramatically. On May 24, 2015 she was the victim of a brutal machete attack carried out by Osmany Carriòn, with the complicit assistance of his wife, that led to the loss of her left hand, right upper arm nearly severed, and knees slashed into leaving her crippled.

This attack, she believes, was done on the orders of the secret police. Following it she did not receive adequate medical care and was told quietly by medical doctors in Cuba that if she wanted to get better that she would need to leave the country.

Cuban dissident and former prisoner of conscience Omar Pernet Hernández passed away in Louisville, Kentucky on October 7, 2017. Beginning in 1965 at age 18 he was imprisoned for the first time in Cuba for political reasons.

Years later in an interview he would sum up his life in Cuba: "I was tortured in Castros' jails in four processes since 1965, when I was going to turn 19 years old." During his final imprisonment he described how doctors engaged in malpractice against him following a car accident while he was being transferred from one prison to another that left him crippled.


Omar Pernet: Look, the meaning of this, is that this type of boot that you see here....I will show it to you again. This boot was fitted for me in Cuba and it began to damage my hips because one, the left, is longer than the right. Then, one hip went like this 0:30 (shows the way hip is going up). Then, here in Spain, they said I couldn't go on wearing those boots, and they asked me to cut them down, and told me to make the ones I'm wearing. These I'm wearing now are stabilizing my hips.

INT: "How is it possible, since the Cuban doctors are so excellent normally, at least that's what the Cubans say, and promote throughout the world. That they should be so wrong? And hurt you so much? How many months did you stay that way in Cuba?"

OP: Well, in 2005, on the 5th of April, I began to wear these boots until the 17-18. I stayed like that until the 3rd of March of 2008 using those boots. These I'm wearing now are different, from Spain. " Stands up, 2:06, shows. "The only thing they did was to slap a cast on. They had me on a cast from the tips of my toes up to my neck for 18 months. The doctors here [in Spain] say they don't find any logic to it. That it was intolerable, the amount of time I spent in those conditions. The cast was removed twice, and each time it was to break my leg again."

Omar Pernet Hernández was 72 years old when he passed away, a victim of cancer. He had spent 22 years in Castro's prisons for defying the communist regime and lived in forced exile for the final nine years of his life.