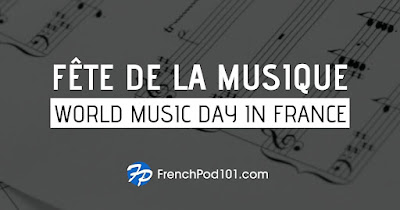 June 21st is Fête de la Musique or World Music Day that encourages people of good will to honor musicians and singers. It is also a day to encourage young and inexperienced musicians to perform live in front of an audience.

This annual observance began in France in 1982. World Music Day was launched by Maurice Fleuret, director of the French Ministry of Culture’s Department of Music and Dance, and Jack Lang, then-French Minister of Culture and is now a day to support musicians around the world.

PEN International in the above Tweet highlighted the plight of Cuban rapper Maykel “Osorbo” Castillo Pérez who has been unjustly jailed since May 18, 2021.

He is not alone.

Rolling Stone on March 25, 2022 published "From Cuba to Russia, Rappers Are Being Targeted in Record Numbers" an article by Stacey Anderson reports, "Cuban rappers are now some of the most persecuted rap artists in the world, according to Freemuse, an international NGO that advocates for artists’ rights and freedom of expression." ... "In Freemuse’s new findings, Cuba topped the list of countries with documented incidents constituting violations of artistic freedom, followed by Russia."

Back in 2018 Cuban rapper Denis Solís González posted a music video titled Sociedad Condenada (Condemned Society) on his Youtube account in which he sang about repression in Cuba and predicted his future with the lyrics "it maybe that they put me into a prison cell for the weight of my voice, but I needed the courage to say the truth."

Cuban rappers Rodolfo Ramirez, known by his rapping name as El Primario brutally beaten by regime agents and Angel Yunier Remon Arzuaga, known best as “El Critico” imprisoned and brutalized from March 2013 and was  was released on January 9, 2015. 21 days later another rapper, El Dkano, took his place in prison when he was sentenced on January 28 to a year in prison for "precriminal dangerousness."

Punk rockers have also been targeted.

Freemuse also documented the plight of punk rocker Gorki Águila imprisoned for two years and threatened with new trials for his anti-government lyrics.

Many other Cuban musicians and singers have suffered repression, and censorship of their music by the communist dictatorship in Cuba, and it stretches back to the early years of the dictatorship. Independent black society clubs, such as the Buena Vista Social Club, that had existed throughout the Cuban Republic (1902-1959) were ended by the Castro regime in the 1960s.

The impact of the Castro regime on music in Cuba goes beyond jailing musicians and instances of censorship, but includes systemic censorship that threatens the island's musical legacy. This process has been described as a  Cuban cultural genocide that has deprived generations of Cubans their musical heritage.

In November 2009 My Latino Voice published "Nostalgia Corner: Why the Bolero was censored in Cuba" describing how the Castro regime's revolutionary offensive in 1968 targeted an entire of genre of music and Cuban nightlife:

"First, jukeboxes were confiscated from corner bars and nightclubs (there were as many as 20,000 jukeboxes in Havana in the 1950s). Then, in 1961, at the First Congress of Writers and Artists, music was defined as an organ of integration into the new Revolutionary society. The bolero came to be seen as a reactionary genre, in bad taste, and ultimately, banned. Cuba's world-class composers and performers, many of whom had brought the genre to its golden age, were abruptly silenced. Finally, in 1968, in the Ofensiva Revolucionaria -- the Cuban equivalent of China's Cultural Revolution -- most of the 1,200 cabarets and dance halls for which Havana was known were shut down (with only a couple of exceptions, including the notable Tropicana). Bolero lovers and performers were left with no viable venues. An entire generation was traumatized by loss of the very words and music that had defined the key moments of their lives -- coming of age, first loves, stolen kisses, secret romances."

One of the best ways to honor and support these Cuban musicians and singers erased by the communist dictatorship is to identify them and share their work.

This censorship was not limited to Cubans. The Beatles and later on John Lennon's solo music were also officially banned for decades, along with most rock music was considered subversive by the Castro regime.

In 2000 John Lennon was "politically rehabilitated" on the 20th anniversary of his death by no less than Fidel Castro who unveiled a statue and by regime spokesmen who would try to claim him as an ideological fellow traveler.

Below is a brief sampling that spans over six decades of banned musicians and singers in Cuba under the communist dictatorship. 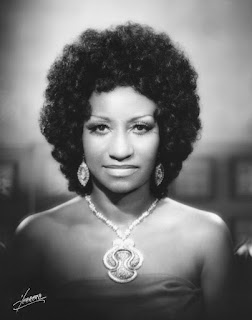 Because Celia Cruz refused to bow to the Fidel Castro, and wanted to continue to live the life of a free artist, she was forced to leave Cuba. However, when her mom was ill, she tried to return to see her in 1962, but was barred from entering the country by Castro. When her mother died Celia was again blocked by the dictatorship from attending her funeral. Because she was not an active supporter of the regime, her music was banned in Cuba. She died in 2003 in exile.

On August 21, 2012 that Tony Pinelli, a well known musician and radio producer, distributed an e-mail in which Rolando Álvarez, the national director of the Cuban Institute of Radio and Television Instituto Cubano de Radio y Televisión (ICRT) confirmed that the music of the late Celia Cruz would continue to be banned. 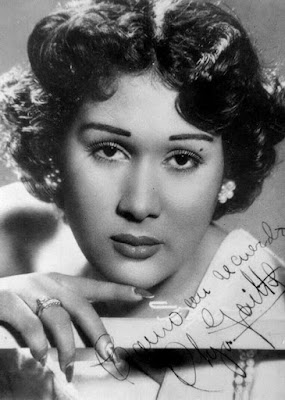 Olga Guillot was born on October 9, 1922 in Santiago de Cuba. She died on July 12, 2010 in exile in Miami, Florida. She was a Cuban singer, known to be the queen of the bolero. In 1954, she recorded her song "Mienteme" ("Lie to Me"), which became a hit across Latin America, and earned her three consecutive awards in Cuba. She was recognized as Cuba's best female singer. In 1958  she toured Europe for the first time, including stops in Italy, France, Spain and Germany.  She sang alongside  Édith Piaf during a concert held in Cannes. Guillot opposed Fidel Castro's new regime, and, in 1961, she decided to leave Cuba for good and initially established herself in Venezuela, and eventually made Mexico her only permanent residence country.

Israel López Valdés known just as "Cachao." Cachao was a Cuban mambo musician, bassist and composer, who has helped bring mambo music to popularity in the United States in the early 1950s. He was born in Havana, Cuba. He has a star on the Hollywood Walk of Fame, won several Grammy Awards, and has been described as "the inventor of the mambo". He is considered a master of descarga (Latin jam sessions). Cachao left Cuba in 1962. He spent two years in Spain, then came to New York City, where he performed with mambo bands led by Tito Rodríguez, José Fajardo and Eddie Palmieri. For decades, he worked almost entirely as a sideman. 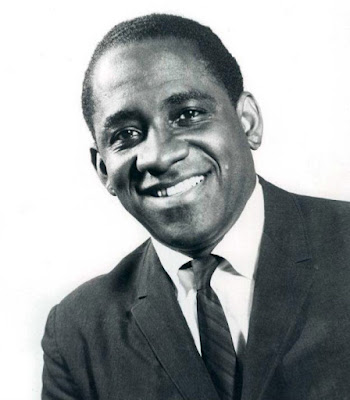 He is most famous for being the composer of the jazz standard "Afro Blue," recorded by John Coltrane among others. In 1950 he moved to New York where he played with Perez Prado, Tito Puente, Cal Tjader, Fania All Stars, etc. He was an integral figure in the fusion of Afro-Cuban rhythms with R&B and soul, paving the way for the boogaloo era of the late 1960s. His 1963 hit rendition of Herbie Hancock's "Watermelon Man" was inducted into the Grammy Hall of Fame in 1998. With the cover of "Watermelon Man," Santamaria found himself garnering the acclaim of his former mentors. He would even visit the pop charts once again - a feat that, among his mentors, only Prado ever accomplished - in 1969 with "Cloud Nine." And he recorded prolifically through the Sixties, Seventies and Eighties, before slowing down in the 1990s. 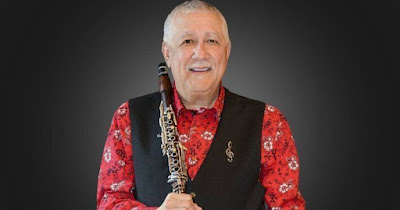 Paquito was a child prodigy. He started learning music at the age of 5 with his father Tito Rivera, a well-known classical saxophonist and conductor in Cuba. D'Rivera grew up in Cuba, playing both saxophone and clarinet and performing with the Cuban National Symphony Orchestra at a young age.When he was seven, became the youngest artist ever to endorse a musical instrument, when he signed on with the music company Selmer.

By 1980, D'Rivera was dissatisfied about the constraints placed on his music in Cuba for many years, and had always longed to come to the United States. In early 1981, while on tour in Spain, he sought asylum with the American Embassy, and left his homeland, wife and child behind in search of a better life with a promise to get them out.

Upon his arrival in the United States, D'Rivera found help from many people for him and his family. His mother Maura and his sister Rosario had left Cuba in 1968 and had become US citizens. Many notables who reached out to help Paquito were Dizzy Gillespie, David Amram, Mario Bauza and Bruce Lundvall, who gave him first solo recording date.