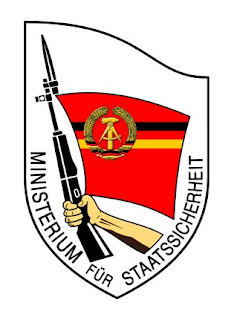 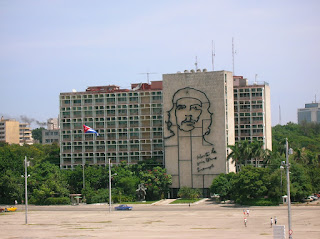 For dissidents, "this is routine. Without a judicial ruling, they order them to swab a little cloth on their armpits and genitals. . . . The sample is not because of anything specific. It's just to store it.They say that if someone puts up graffiti against the government, the specialized dogs can identify them.'' - said Elizardo Sánchez by phone from Havana to The Miami Herald

"The Stasi's first major task abroad was in Cuba, after Fidel Castro and Vice Premier Anastas Mikoyan signed the Soviet-Cuban pact on February 13, 1960, officially placing Cuba in the Soviet bloc. As Soviet arms shipments began, Mielke sent a number of Stasi officers of General Wolf's HVA to Havana. Led by Colonel Siegfried Fiedler, they assisted in setting up what became a first-rate intelligence service and an oppressive secret police. As a result Cuba's relations with East Germany developed as closely as those with the Soviet Union. Intelligence gathered in the United States by the Cubans was routinely shared with the Stasi. Much of the information contained in the dossier the Stasi maintained on President Ronald Reagan, for example, originated with the Cubans."

One of the Stasi's practices was gathering scents of suspects such as dissidents so that dogs could later target them. They trained Cuba's intelligence service known as "G2" that is still using the same practices today

Hernandez's 13-page paper, written in an academic style that includes a definition of ``smell,'' notes that the use of ``criminal odorology'' started in the Soviet Union in the 1960s, was developed by the former East Germany and in 1972 was established around Communist-ruled Europe.

After East Germany collapsed in 1989, West German investigators found a warehouse packed with tens of thousands of sealed jars containing bits of cloth impregnated with the odors of criminals and dissidents -- used to identify or track them.

Cuba began building an ``odorology laboratory'' in 1989 ``with the experience of some compañeros who had visited those countries,'' Hernandez noted. Operational tests were carried out in 1991, and by 1993 the technique had been established throughout the island.

Many of the sniffer dogs are German shepherds from the Czech Republic, Bulgaria and Hungary. Less threatening cocker spaniels have been used at the Havana airport.

The "odor bank" at the Havana police offices, popularly known as "100 and Aldabó" after its street address, measures about 75 by 30 feet and is filled with metal shelving and clear glass jars containing cloth swabs, according to one Cuban exile who toured it in the early 1990s. He asked for anonymity to protect his relatives still in Cuba.

As for the dogs' use against dissidents, "this is an Orwellian thing, a routine thing," said Havana human-rights activist Elizardo Sánchez, referring to George Orwell's 1984 tale of totalitarian repression. "Criminality here continues to rise in an alarming manner, but they continue to prioritize the political repression."

The Oscar winning film The Lives of Others dramatizes how the scents were gathered in the following scene: http://bit.ly/11drRP