60 days after the Death of Orlando Zapata Tamayo 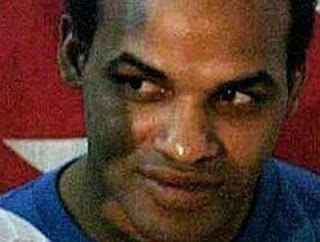 Sentence: No trial yet, but charged with “desacato”, “desordenes publicos”, “public disorder”, and “desobediencia”.

He has been arrested several times in the past. For example he was temporarily detained on 3 July 2002 and 28 October 2002. In November 2002 after taking part in a workshop on human rights in the central Havana park, José Martí, he and eight other government opponents were reportedly arrested and later released. He was also arrested on 6 December 2002 along with Oscar Elías Biscet3, but was released on 8 March 2003.