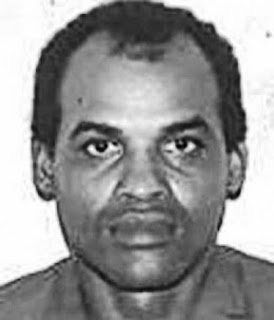 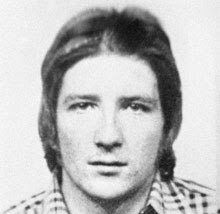 "Tyrants tremble when they are faced with men who are willing to die for their ideas. After 60 days on a hunger strike, following the example of Christ's 3 days on Calvary which for centuries has been a symbol of human sacrifice, it is time to put an end to this disgusting atrocity through denunciations and pressure by the world community."*

On the face of it their lives could not have been more different. Other than being born on an island and the way they died their lives should be a study in contrasts. One was a nationalist and socialist revolutionary who embraced an armed struggle against his oppressor and died on hunger strike demanding that his status as a political prisoner be recognized while the other an advocate of non-violent civic resistance to oppression and human rights activist would die on hunger strike demanding that his status as a prisoner of conscience be recognized and that prison conditions be improved. Although their methods of struggle while out on the street where extremely different within their respective prisons suffering beatings, and numerous indignities both sought to highlight the injustice they were suffering by means of a non-violent tactic: the hunger strike. Others have asked the question: what would you die for? They gave the world an answer that make tyrants tremble: Freedom. 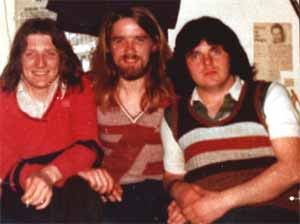 Bobby Sands (pictured above far left) photo from Bobby Sands Trust
Bobby Sands
Robert Gerard Sands born on March 9, 1954 in Rathcoole, a predominantly loyalist district of north Belfast in Northern Ireland. Bobby Sands at 16 years old was an apprentice coach builder but two years later he was intimidated by men with guns out of his apprenticeship and then four years later in June of 1972 he and his family were intimidated out of their home. At the age of 18 he joined the Provisional Irish Republican Army (IRA) and by October of 1972 Bobby was arrested and guns were found in his possession. He would spend three years in prison with political prisoner status released in 1976 he returned to his unit and continued to wage war on the British. Six months later arrested again in a car with a revolver with three other young men near the scene of a bomb attack on the the Balmoral Furniture Company at Dunmurry, followed by a gun-battle.

Within six months Bobby was arrested again. There had been a bomb attack on the Balmoral Furniture Company at Dunmurry, followed by a gun-battle in which two men were wounded. Although judge admitted no evidence to link the men with the bombing the four were sentenced to 14 years each for possession of the one revolver. He continued his struggle behind bars writing articles for opposition newspapers smuggling the handwritten articles and letters out on tiny pieces of toilet paper. A short excerpt reproduced here:

I believe and stand by the God-given right of the Irish nation to sovereign independence, and the right of any Irishman or woman to assert this right in armed revolution. That is why I am incarcerated, naked and tortured.

The British sought to treat the Irish Republicans and their violent struggle as a criminal matter ignoring the political dimension and stopped recognizing them as political prisoners. Add to that beatings and poor living conditions and the stage was set for the hunger strike. Bobby insisted on starting two weeks ahead of the others so that his death might secure their demands and save the others lives.

During the first 17-days of the hunger strike he kept a secret diary written on toilet paper in biro pen. On March 23rd he was moved to the prison hospital. On March 30th Bobby was nominated as candidate for UK parliament and won the seat on 9 April 1981, with 30,493 votes to 29,046. At 1.17 a.m. on Tuesday, May 5th, having completed sixty-five days on hunger-strike, Bobby Sands MP, died in the H-Block prison hospital at Long Kesh. 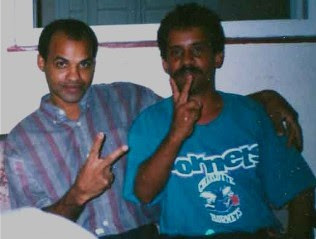 Orlando Zapata Tamayo born in Santiago, Cuba in 1967 was by vocation a brick layer and he was also a human rights activist, a member of the Movimiento Alternativa Republicana, Alternative Republican Movement, and of the Consejo Nacional de Resistencia Cívica, National Civic Resistance Committee. He had gathered signatures for the Varela Project, a citizen initiative to amend the Cuban constitution using legal means with the aim of bringing it in line with international human rights standards.

Amnesty International had documented how Orlando had been arrested several times in the past. For example he was temporarily detained on 3 July 2002 and 28 October 2002. In November of 2002 after taking part in a workshop on human rights in the central Havana park, José Martí, he and eight other government opponents were arrested and later released. He was also arrested on December 6, 2002 along with fellow prisoners of conscience Oscar Elías Biscet and Raúl Arencibia Fajardo. Dr. Biscet just released from prison a month earlier had sought to form a grassroots project for the promotion of human rights called "Friends of Human Rights." State security prevented them from entering the home of Raúl Arencibia Fajardo, Oscar Biscet, Orlando Zapata Tamayo, Virgilio Marante Güelmes and 12 others held a sit-in in the street in protest and chanted "long live human rights" and "freedom for political prisoners." They were then arrested and taken to the Tenth Unit of the National Revolutionary Police, Décima Unidad de La Policía Nacional Revolucionaria (PNR), in Havana.

On the morning of March 20, 2003 whilst taking part in a fast at the Fundación Jesús Yánez Pelletier, Jesús Yánez Pelletier Foundation, in Havana, to demand the release of Oscar Biscet and the other political prisoners. Orlando was taken to the Villa Marista State Security Headquarters. He was moved around several prisons, including Quivicán Prison, Guanajay Prison, and Combinado del Este Prison in Havana. Where according to Amnesty International on October 20, 2003 Orlando was dragged along the floor of Combinado del Este Prison by prison officials after requesting medical attention, leaving his back full of lacerations. Orlando managed to smuggle a letter out following a brutal beating it was published in April of 2004:

He began is hunger strike on December 3, 2009 refusing to wear the uniform of a common prisoner and because his books and food were confiscated when he was transferred as punishment to Kilo 8 prison in Camaguey. Never for one moment were demands responded to by either his jailers or the political police. During the water only hunger strike in an effort to break his spirit officials denied him water for more than two weeks. He was also taken to Amalia Simoni and left exposed in a room with the air conditioning set very cold which produced a pneumonia which worsened his already critical condition. Orlando Zapata Tamayo died 82 days later on February 23, 2010.

During this process they attempted to keep family and relatives away from Orlando Zapata Tamayo and officials also secretly video taped his relatives when they met with doctors to later broadcast edited footage on official television and prepare a narrative to justify the death of Orlando. Finally to add insult to injury officials of the Cuban dictatorship have slandered Orlando Zapata Tamayo's name in death while having to cover up their own past recognition of him as a dissident in the dictatorship's own published book: "Los disidentes" by Luis Báez and Rosa Miriam Elizalde made public on June 24, 2003 where Orlando Zapata Tamayo appears in a number of photos with prominent members of the opposition. On March 4, 2010 speaking from his prison cell Dr. Oscar Elias Biscet sought to set the record straight on Orlando Zapata Tamayo.

Zapata Tamayo was a man of the nonviolent civic struggle in its theoretical & practical aspects and expressed his heroic courage and intelligence - the most difficult in non-violent resistance in his direct action - the hunger strike until the death to achieve his objectives of basic freedoms. ... Zapata Tamayo had to suffer a double portion of this cruel discrimination for his humanitarian ideas and for being a person of color. ..."The government of Raul Castro exacerbated all its hatred, racial discrimination & torture until his death. This death is nothing less than an extrajudicial killing

"I feel outraged by the lies of the Cuban foreign minister in Geneva and I am here to expose his lies. I knew Orlando Zapata for a long time in Cuba and I participated with him in many political activities...

The rest of the statement in Spanish is available in the video below:

Behind bars and faced with an assault on their dignity both men resorted to a civic nonviolent tactic - the hunger strike to defend their rights and expose injustice while demanding freedom. Bobby Sands writing in his Prison Diary on day 17 of his hunger strike stated it simply and powerfully: "If they aren’t able to destroy the desire for freedom, they won’t break you. They won’t break me because the desire for freedom, and the freedom of the Irish people, is in my heart."

Sadly, the non-violent spirit of the hunger strike did not spread into the rest of the IRA movement and riots would eventually break out again in Northern Ireland which British forces were able to crush but for a period of time the hunger strikers forced the world to take notice at what was taking place inside of the prisons. In the Cuban struggle the opposition on the island has taken the decision to carry out a non-violent struggle. The Ladies in White, mothers, sisters, daughters, and wives have taken to the street and despite being brutalized, beaten, and bones broken continued to march for seven days during the Cuban Black Spring anniversary. It is a good sign that the opposition has the discipline and the toughness to stick to nonviolence and that is bad news for the dictatorship and good news for the Cuban people.

*By the time that the dictator made the above statement at least three men had died on hunger strike protesting the cruel and inhumane situation in the prisons and in the country their names and dates of their deaths: Carmelo Cuadra Hernández on April 21, 1969, Pedro Luis Boitel Abraham on May 25, 1972, Olegario Charlot Espileta on January 15, 1973