Rev. James Lawson Speaks at the Fletcher Summer Institute for the Advanced Study of Nonviolent Conflict at Tufts University 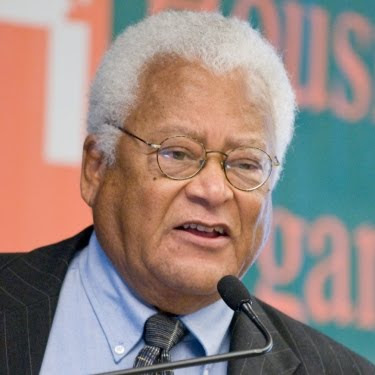 "When you are a child of God... you try thereby to imitate Jesus, in the midst of evil. Which means, if someone slaps you on the one cheek, you turn the other cheek, which is an act of resistance. It means that you do not only love your neighbor, but you recognize that even the enemy has a spark of God in them, has been made in the image of God and therefore needs to be treated as you, yourself, want to be treated Jesus is very clear about this: "do unto others as you want others to do unto you." — which is a rather powerful ethic for personal relationships, regardless of whether family or school or community or nation." --James Lawson, preparing students for nonviolent action at an FOR workshop 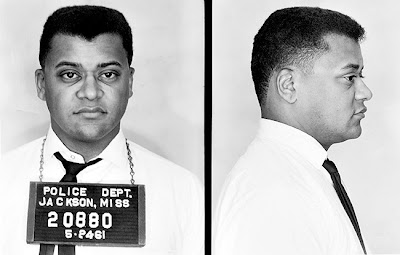 James Lawson arrested on May 24, 1961 at a Bus station for non-violent activism

During his address on June 20, 2010 at the Fletcher Summer Institute for the Advanced Study of Nonviolent Conflict at Tufts University Reverend Lawson reflected back to the first time he heard about the Montgomery Bus Boycott and its significance at the time:

"December 6, 1955 that was the date when many people in the world learned of the beginning of the bus boycott in ; a very simple stroke it was not initially called a non-violent movement. But Rosa Parks, Ed Nixon, Mary Jo Robinson, Martin King, Ralph Abernathy, and a host of other people who engaged that first effort sent a wave of hope around the world. I learned of it in , on December 6 it was on the front pages of the papers of and on the radio. It was on front pages in Africa, Latin America and alike. That in this nation of the United States the wealthiest the most powerful nation that our human history knows anything about. A simple business of a bus boycott began. It sent waves of hope and aspiration around the world." -- Rev. James Lawson, June 20, 2010

The June 20, 2010 presentation is available below in its entirety and is required viewing for any nonviolent activist:


Rev. James Lawson returns to Vanderbilt University after his expulsion in 1960 do to his civil rights activities. Welcomed back as a faculty member 47 years later he would outline nonviolent resistance in the University's distinguished lecturers series.

Below are excerpts from the lectures Reverend Lawson gave at Vanderbilt as a distinguished lecturer in the fall of 2007. It is a treasure trove for the civic non-violent activist searching both for historical context and useful information for more effective activism.