My thoughts and prayers with Norway

We are all Norwegians today 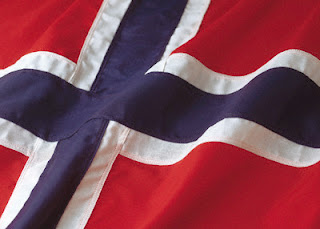 Two brutal and evil attacks carried out today in Norway have shocked the world. At least 87 dead in Oslo and nearby Utøya. Most of them young Norwegians interested in public service gunned down by a terrorist dressed in police uniform. Voices from the Cuban democratic opposition such as Oscar Elias Biscet, Yoani Sanchez and Oswaldo Paya have spoken out on the attacks in Norway:


TR @ElsaMorejon #Cuba Condolences for Norwegians, the families of the victims of the terrorist attacks, its government and kingdom are in our prayers. Dr Oscar Elias Biscet and family

TR @oswaldopaya Norway we are with you. Terror will not kill your faith in liberty and peace. Christian Liberation Movement.

TR @yoanisanchez Very Sad what occurred today in Norway. In one minute life changes, ends, its taken away from you.

Thought today's blog entry would be about services planned for Archbishop Emeritus Pedro Meurice Estiu who died yesterday or about Argentine filmmaker Marcos Carnevale's film Anita about the July 18, 1994 terrorist attack on a Jewish community center in Buenos Aires as seen through the eyes of a young Jewish woman with Down syndrome screening at the Cosford Cinema on July 29.

Instead reflecting on Norway and praying for the good people of Oslo and Utøya. Horrified at the rising death toll and the evil behind it.

Tonight at the Pedro Luis Boitel Award ceremony in Miami to honor former prisoner of conscience Librado Linares took the stage to introduce a retired Czech diplomat and first reminded the audience of over a hundred Cubans of the terrorists attacks in Norway. Reminded them of the solidarity demonstrated by Norwegian parliamentarians, who represent the people of Norway, in organizing a committee for the freedom of Cuban political prisoners and named it after Normando Hernandez (who was present in the room). Everyone to stand up and a moment of silence was held for the victims of the terrorist attacks in Norway. 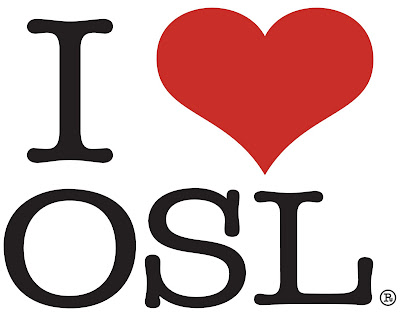 Remembering the first time I stepped foot in Norway was back in 1990 with a back pack and a Eurail pass traveling through Europe and trying to meet with Norwegian friends in the south of the country. The times over the years visiting different parts of Norway. Many times walking around downtown Oslo visiting the parliament building and the nearby pubs and restaurants. The political demonstrations, live music, gardens and all the sounds of Oslo and its people. How full that area of the city becomes on a late Friday afternoon and evening in the summer.

Thinking of all this then outraged and resolved to denounce the evil behind the premeditated murders of innocent people to make some sort of statement or simply terrorize.

Then remembered three concrete ideas from across the ages that seem to apply now.

1. Edmund Burke's simple yet profound observation that "When bad men combine, the good must associate; else they will fall one by one, an unpitied sacrifice in a contemptible struggle."

2. From the 1st Century A.D. Lucius Annaeus Seneca tells us of the importance of defiance and courage to live free: “Shall I tell you what the real evil is? To cringe to the things that are called evils, to surrender to them our freedom, in defiance of which we ought to face any suffering.”

3. Finally from the last century Mohandas Gandhi's council to have optimism in the battle against evil saying that "When I despair I remember that all through history there have been tyrants and murderers and for a time they seem invincible but in the end they always fall. Think of it always."

Have no idea whether the terrorist(s) behind the attacks today in Norway (is) are international or home grown but that does not matter his (or their) actions were and are evil and must be denounced. It also means that people of good will from around the world need to join together in preserving freedom and obtaining justice for the victims of today's horrid attacks.

In the mean time will continue to pray for the injured, the dead and the families of those affected by today's events in Oslo and Utøya. Tomorrow and in the days to come see what can be done to confront the evil behind these acts. Martin Luther King Jr. was right we are caught in an inescapable network of mutuality. What happens on the other side of the world can profoundly impact for good or ill.

In the future plan to return to Norway and walk through the streets of downtown Oslo once again and order a round of extremely over priced beers for my friends there.

[ Videos above have music by Norwegian composers and musicians.] Seems an appropriate time to introduce some of my non-Norwegian friends to some of their works of music.