Cuban prisoners of conscience and the revolving door

Amidst the news that the Castro regime is pardoning 2,991 inmates, of which 7 have been identified as political prisoners, another bit of news has gone relatively unnoticed. Long term prisoners of conscience continue to suffer and endure in the dictatorship's prison complex and new prisoners are being added. It is a revolving door. 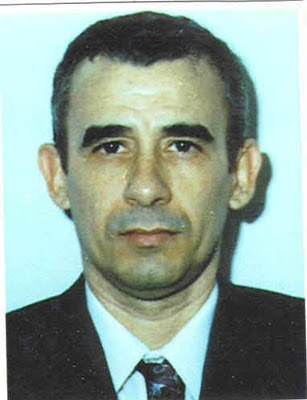 A man of conscience who became disaffected with the Cuban regime following his military service in Ethiopia where he served as a radio communications specialist. It is not difficult to imagine that the well documented atrocities committed their by Cuban troops in collaboration with their Ethiopian ally, and today convicted war criminal, Mengistu Haile Mariam would shock the conscience of a good man. 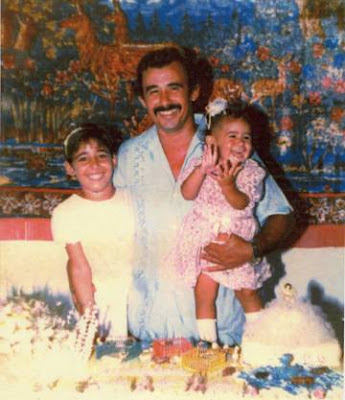 Rafael Ibarra Roque with his daughters Gladys and Rosalia
Returning to Cuba he ended his links to the military and the regime working on his own as a truck driver who also worked odd jobs as a handy man. In 1981, he married Maritza Lugo and would have two daughters with her: Gladys and Rosalia Ibarra.

In 1986, his brother, Agustín Ibarra, and three other men tried to leave the country on a raft and were captured by State Security agents with both the plans and materials to build a home made raft. Rafael was also detained and held in the “La Cabaña” prison for six months without charges and was later released.

In 1991 Rafael Ibarra Roque co-founded the Frank País November 30 Democratic Movement, and in 1992, was elected president of the group. The organization is nonviolent and rejects violent resistance. Onilda A. Jimenez in an essay she wrote about Rafael Ibarra Roque titled "The Forgotten" described what happened next:

"His new position as head of the Party placed him under the scrutiny of the authorities, who quickly found a pretext for jailing him. They accused him of sabotage, which they were never able to prove, and of which he declared his innocence. Nonetheless, he was sentenced to 20 years in prison in 1994. Apparently the sentencing of an innocent person is but a game or something similar to counting sheep before going to sleep."

In addition to the injustice of having their father imprisoned unjustly, Gladys y Rosalia Ibarra were targeted for harassment by Cuban state security. Maritza Lugo was also imprisoned for her human rights activism and would serve a total of five years in prison. The girls had both parents in prison at these times. It was because of this harassment that it was decided that Maritza and girls would go into exile and arrived there on January 11, 2002.

Rafael Ibarra Roque would continue to suffer torture both physical and psychological. At one point he was thrown into solitary confinement for having a copy of information from a United Nations special rapporteur. Despite the International Red Cross being barred from visiting Cuban prisons reports emerge of the torture taking place inside of them. 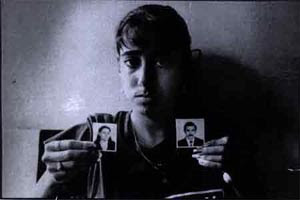 On October 21, 2010 having served 14 years of a 20 year prison sentence Rafael was offered his freedom conditioned upon going into exile which he refused and denounced as blackmail. He now has five years remaining of an unjust prison sentence. It is also important to remember that the 16 prisoners of conscience currently out of prison in Cuba from the group of the 75 who refused exile can also be returned to prison at any time to serve out their sentences. 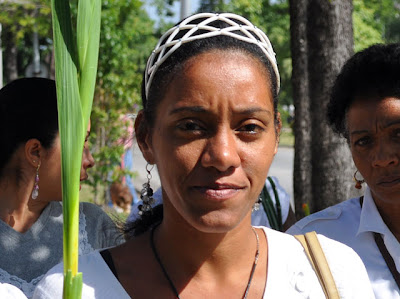 New Cuban prisoner of conscience Ivonne Malleza
Finally, it is important to recall that new prisoners of conscience have been imprisoned and placed into maximum security confinement in the past days in Cuba. Ivonne Malleza was arrested at Fraternity Park in Havana on November 30 for having held a nonviolent protest.

She was missing for ten days.

It was only on December 10 that she was allowed a phone call to inform family and friends of her whereabouts. She was held at the Alternative Center for Processing Detainees (Centro Alternativo de Procesamiento de Detenidos) along with her husband Ignacio Martínez Montejo, who was also arrested at the demonstration. Now she has been transferred to Manto Negro, a maximum security prison. Both Ivonne Malleza Galano and Isabel Hayde Alvarez Mosqueda are facing 5 years in prison.