Guess who are the only two brothers on the list of nominees? 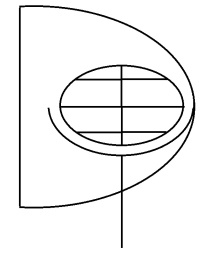 Update 5/15/2013: Dictator of the year with 65 votes is Bashar al-Assad followed by Kim Jong-un with 62 votes and Alexander Lukashenko with 21 votes. Incidentally, the Castro brothers have excellent relations with all three and both Lukashenkko and al-Assad have visited Cuba.

The Dictator of the Year initiative is an endeavor to complement the most celebrated  peace award in the world: the Nobel Peace Prize.

The idea behind the Dictator of the Year Prize is that it is not enough to celebrate people who have contributed to international peace;  it is just as important to draw attention to the architects of genocide, torture and mayhem –  those who have wrecked livelihoods of millions of people and who remain unpunished to this day.

This initiative is oriented towards both bringing to focus the atrocities committed by political regimes as well as inspiring hope for liberation from oppression and restoration of human dignity in non-democratic countries around the world.

The student community of Oslo University wants to name and shame the totalitarian political leaders in a carnivalesque human rights ceremony, during the Oslo Freedom Forum 2013 festival.
You can vote for the Dictator of the Year 2013 here.

The award ceremony will take place on the 15th of May at 16:45 o’clock, University Square, downtown Oslo.

The ceremony in which the Dictator of the Year award well be bestowed upon the winning candidate, will take place on the 15th of May 2013, 16:45, in front of the university main building – Universitetsplassen, in Karl Johans gate.

The guest performer is Shabana Rehman Gaarder. The ceremony will be performed in cooperation with the Oslo Freedom Forum.