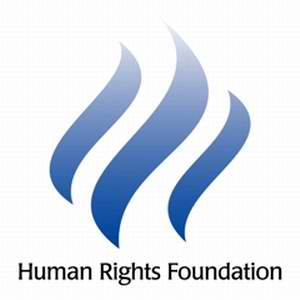 The 2013 Václav Havel Prize for Creative Dissent Awarded to Ali Ferzat, Park Sang Hak, and the Ladies in White


NEW YORK (May 3, 2012)- The Human Rights Foundation (HRF) today announced the recipients of the Václav Havel Prize for Creative Dissent. The 2013 laureates are: Syrian cartoonist Ali Ferzat, North Korean democracy activist Park Sang Hak, and Cuban civil society group the Ladies in White—represented by their leader Berta Soler. They will be honored at a ceremony during the 2013 Oslo Freedom Forum in Norway on May 15.

Ali Ferzat is a Syrian political cartoonist known for his satirical caricatures. Ferzat's cartoons became increasingly critical of Syrian president Bashar al-Assad and the brutality of the regime’s crackdown. In 2011, masked gunmen detained Ferzat and broke both of his hands and his fingers, a clear message of intimidation and retaliation for his work. Ferzat recovered from the attack and continues to produce political cartoons.

Park Sang Hak, a North Korean defector and human rights activist, has worked for the democratization of his homeland since a daring escape in 1999. He is the chairman of Fighters for a Free North Korea, an organization that uses helium balloons to transmit human rights and pro-democracy literature, DVDs, USB drives, and transistor radios from South Korea into North Korea.

The Ladies in White (“Las Damas de Blanco”) is a Cuban civil society organization founded by the wives, sisters, mothers, and daughters of political prisoners jailed during the Castro regime’s “Black Spring” crackdown in 2003. “Las Damas de Blanco” wear white to symbolize their commitment to non-violence. Despite repeated arrests and beatings by Cuban authorities, the group marches every Sunday in Havana to protest the lack of human rights under the Castro dictatorship. Berta Soler has led the group since the death of founder Laura Pollán in 2011. Soler will accept the award on the group’s behalf.

The three Havel Prize laureates will receive an artist’s representation of the “Goddess of Democracy,” the iconic statue erected by Chinese student leaders during the Tiananmen Square protests of June, 1989. Each sculpture embodies the spirit and literal reality of creative dissent at its finest, representing the struggle of truth and beauty against brute power. The Havel Prize laureates will also share a prize of 350,000 Norwegian Kroner.

The Havel Prize is funded jointly by grants from the Brin Wojcicki Foundation and the Thiel Foundation. The Brin Wojcicki Foundation was established by Sergey Brin, co-founder of Google, and his wife Anne Wojcicki, co-founder of 23andMe, a leading personal genetics company. The Thiel Foundation, established and funded by entrepreneur and venture capitalist Peter Thiel, defends and promotes freedom in all its dimensions: political, personal, and economic. Vaclav Havel was chairman of HRF from 2009 until his death in December of 2011.

The Havel Prize ceremony will be broadcast live online at www.oslofreedomforum.com beginning at 4:00pm Central European Time on Wednesday, May 15. The event will take place at Oslo’s Christiania Theater. Registration is open to the public—email secretariat@havelprize.org for more information.