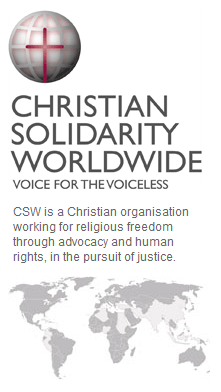 Christian Solidarity Worldwide (CSW) has today released a new report on religious freedom in Cuba, which shows that the number of documented violations of religious freedom almost doubled in the first half of 2014 compared to 2013.

From the beginning of 2014 to mid-July, CSW recorded 170 separate religious freedom violations, many of which involved dozens of victims. This followed the record of 180 documented cases in 2013, compared with 120 in 2012 and 40 in 2011. According to the report, which covers January 2013 through July 2014, religious groups across the spectrum of denominations all reported varying degrees of hostility from the government, while only a few reported any notable improvement.

CSW’s investigation showed that government agents continued to employ more brutal and public tactics than witnessed in previous years. Week after week, scores of women affiliated to the Ladies in White were physically and violently dragged away from Sunday morning church services by state security agents. Most were arbitrarily detained until after the conclusion of religious services. There were also increased reports of threats of forced closure, confiscation and demolition of church buildings, including historic, registered churches. Some of these threats were carried out. One of the most serious cases involved the destruction of a large church and pastoral home in Santiago de Cuba on 2 July 2014. Some religious leaders reported being temporarily detained and imprisoned multiple times over the course of the past year.

The report details the regular, severe and sustained harassment of Protestant pastors and lay workers in different parts of the country, as well as sporadic reports of violent beatings. This situation prompted Reverend Homero Carbonell, who for more than 50 years has been a leader in the Western Baptist Convention, a denomination recognised by the government, to accept asylum in the US on 31 July. In 2010, Reverend Carbonell published an open letter denouncing a sustained campaign of harassment against the Trinidad First Baptist Church in the city of Santa Clara. In the letter he announced his resignation as pastor and expressed hopes that his retirement would result a cessation of government persecution of the church. Despite his retirement, however, the Cuban government maintained pressure on the church, freezing its bank accounts, and continue to target Reverend Carbonell and his family.

The case of Reverend Carbonell and the Trinidad First Baptist Church is illustrative of some of the root causes behind the more general increase in religious freedom violations across Cuba, which include increased government efforts to separate perceived political dissidents from communities of faith, and heavy-handed attempts to control public manifestations of faith. Church leaders believe that Reverend Carbonell and the Trinidad First Baptist Church were singled out because of their refusal to cooperate with government demands to expel and shun members of dissident groups and their families, as well as their involvement in unauthorised pubic ecumenical activities, including a well-attended inter-denominational Easter parade through the city centre of Santa Clara in 2010.

CSW’s Chief Executive Mervyn Thomas said, “It is distressing to see such a significant and sustained increase in reported violations of religious freedom in Cuba, even as the government claims to be committed to reforms in this area and others. We are deeply saddened that Reverend Carbonell, who dedicated so much of his life to ministry inside Cuba, was pushed by government harassment to the point of going into exile. It is disturbing to see some groups outside Cuba interpret concessions or privileges extended to a few religious groups as an overall improvement in religious freedom, even as other groups report continued and worsening persecution, resulting in religious inequality. As long as the Cuban government refuses to allow all religious organisations to function legally, to register all places of worship, including house churches, and to remove authority over all religious activity from the Central Committee of the Cuban Communist Party, whose decisions are issued arbitrarily and cannot be appealed, there can be no religious freedom in Cuba. We call on the United States, on the European Union and other members of the international community, to hold the Cuban government to account and to set measurable benchmarks, including the three mentioned above, in order to judge more accurately any improvement in religious freedom in Cuba.”