This True Story Connects the Lessons of History, Religious Freedom, and the Fight against ISIS 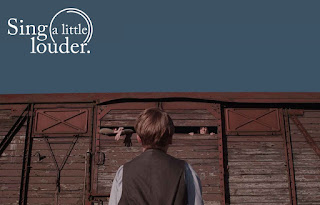 WASHINGTON/NEW YORK, June 9, 2015 /Christian Newswire/ -- The Iraqi Christian Relief Council, Catholic Witnesses, and Movie to Movement are hosting two screenings of "Sing a Little Louder," a film about genocide, people of faith, and the mute acceptance of evil.

Juliana Taimoorazy, founder and president of the Iraqi Christian Relief Council, will offer a short briefing on the current plight of Christians targeted by ISIS.  Ms. Taimoorazy grew up in Tehran, is a Fellow for the Philos Project, and is an Executive Producer on this film.

SING A LITTLE LOUDER is a 12-minute film based on the true story of an old man who remembers witnessing the horrors of the Holocaust, and the passivity of his parents, pastor, and fellow Christians in the face of ultimate evil. The movie serves as eloquent commentary today, when Christians themselves are the victims of genocide throughout the Muslim world—to the silence of Christians in the West who are privileged with influence, wealth, and power.

Congressman Frank Wolf (Ret.), champion of religious freedom, said, "'Sing a Little Louder' uses a moving personal narrative to convey a powerful message—namely that when confronted with evil in its many manifestations, good people must act. To do otherwise is to be complicit in the suffering of innocents."  He added, "We must examine our conscience when confronted with this injustice…"

Executive Producer Jason Jones (Bella, Crescendo, The Stoning of Soroya M.) added, "We must speak out for the vulnerable, wherever they are, whoever they are.  Our mission in Movie to Movement is to produce and promote films that highlight the dignity and sacredness of the human person, through the medium of beauty. 'Sing a Little Louder' is a powerful, unforgettable film that does just that."

The Iraqi Christian Relief Council (www.victimsofisis.org) coordinates desperately needed relief for persecuted Assyrian Christians and other minorities menaced by ISIS and other jihadists.