The February 24, 1996 Brothers to the Rescue shootdown remembered

Truth, memory, and justice for Carlos, Pablo, Mario, Armando and their loved ones. 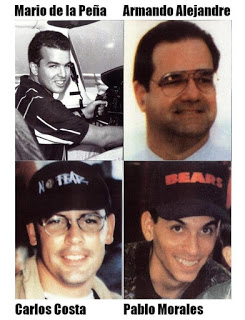 Twenty one years ago today on a sunny Saturday afternoon over the Florida Straits three civilian planes of Brothers to the Rescue engaged in a search and rescue mission for fleeing refugees. At the same time they were being hunted by two Cuban MiGs and two of the planes were destroyed by air to air missiles on the Castro brothers orders killing four men: Carlos Costa, Pablo Morales, Mario De La Peña and Armando Alejandre Jr.  The third plane was able to escape the fate of the other planes and the survivors bore witness to what had happened.

Later on it was learned that the Cuban dictatorship had planned this attack months in advance, with the aid of Cuban spies operating in South Florida and that this was an act of state terrorism. The families of the four men have waged a steadfast effort to obtain justice for their loved ones. 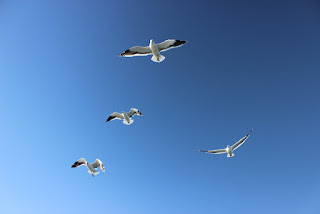