Concerned that Leopoldo López has not been seen in a month, and rumors about his health because of  how Cubans who advise Maduro murdered Oswaldo Payá Sardiñas. 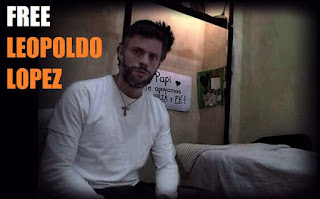 Venezuelan prisoner of conscience, Leopoldo López, has been kept incommunicado since 8 April. He has been placed in solitary confinement for reasons that have not been disclosed by the authorities. During this time, he has been illegally denied visits from his lawyer and family.

On 8 April prison authorities denied Leopoldo López’s family the right to visit him, and informed them that he was currently serving 15 days in solitary confinement. Leopoldo López was last seen on 7 April, and since 8 April his lawyers and family have been repeatedly denied access to visit him. Leopoldo López’s lawyers were not notified of the process or decision to place him in solitary confinement, nor of the contents or basis for this decision. As a result, he has been denied his right to a defence.

Leopoldo López, leader of the opposition party Popular Will (Voluntad Popular), has been in detention since 18 February 2014 at CENAPROMIL (Centro Nacional de Procesados Militares), a military prison in Los Teques, on the outskirts of the capital, Caracas. He is a prisoner of conscience who must be released immediately and unconditionally, as his detention is arbitrary, the charges filed against him were never adequately substantiated and his sentence was clearly politically motivated.

Placing Leopoldo López in solitary confinement is an unlawful way of justifying his incommunicado detention, and violates his personal integrity and his right to a defence and private and family life. Leopoldo López has been placed in solitary confinement on numerous occasions, and his lawyers believe that this punishment has been used systematically against him, which contradicts the exceptional nature of such practice. 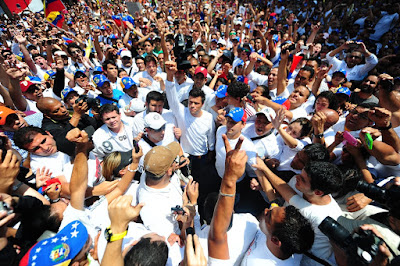 ADDITIONAL INFORMATION
Leopoldo López, the leader of the Venezuelan opposition party Popular Will (Voluntad Popular), surrendered before the National Guard on 18 February 2014 after leading a protest. He was charged with a series of crimes, including terrorism, homicide, severe bodily harm, public incitement, damage to property, arson, and conspiracy to commit a crime. He has been imprisoned ever since.

On 13 February 2015, Leopoldo’s cell was raided by prison guards, who broke and damaged some of his personal belongings, such as photographs and documents, in what was considered an intimidation tactic.

On 10 September 2015, Leopoldo was sentenced to 13 years and nine months in prison for conspiracy, arson, incitement to commit a crime, and damage to public property. On 13 August 2016, the Appeals Court upheld this ruling.

On 6 December 2016, the Council for the Protection of Children and Youth of the municipality of Chacao ordered the prison Director to allow visits from his children, which were being denied at the time.