His Majesty King Felipe VI and Her Majesty Queen Letizia of Spain arrived in Cuba for an official visit on the eve of the 500th anniversary of the founding of the city of Havana by representatives of Spain. The past sixty years under communist rule have been hard on the historic city, with many historic sections literally falling apart.

Sadly for animal lovers, The Miami Herald reported that the Cuban government ordered the destruction of stray dogs that are a common sight throughout Havana, in an effort to impress the royals.

Spain is a Constitutional Monarchy and His Majesty King Felipe VI of Spain must do what the Spanish Prime Minister, the maximum political authority instructs. Sadly for free Cubans the current Spanish Prime Minister is Pedro Sánchez, of the Spanish Socialist Party (PSOE). A politician that The Guardian has described as smashing Spain's "brittle politics into even smaller pieces" thanks to his "hubris."

Spain's socialist prime minister visited Cuba on November 22-23, 2018 and failed to speak out publicly for Cuban prisoner of conscience Eduardo Cardet, or address the murder of Spanish Cuban duel citizen Oswaldo Payá Sardiñas on July 22, 2012 but pledged to pour money into the Cuban dictatorship that strengthened the military and police state that not only actively oppress the Cuban people but the people of Venezuela as well. This was the first visit by a Spanish prime minister to Cuba in 20 years. Unlike his predecessor, he refused to meet with Cuban dissidents. He has now instructed the Spanish King to do the same. This is a sad time for those of us who have great affection and empathy with the Spanish people.

The failure of this Spanish prime minister to be consistent on human rights, and his hypocrisy when dealing with the issue of memory and national reconciliation in Spain is appalling.  On October 24, 2019 Sanchez presided over the exhumation of Spanish dictator Francisco Franco from the Valley of the Fallen.  Prime minister Sánchez at a news conference on that day said this “ends a moral affront: the exaltation of a dictator in a public place.”

The socialist prime minister's outrage did not extend to Fidel Castro's regime declaring three days of mourning when Francisco Franco died in 1975, or the special relationship between the two despots.

Shockingly this moral blindness has extended across the political spectrum, but Prime Minister Sanchez has reached new lows. One would only know what the Spanish King thinks when he has abdicated or in a moment of frustration with a difficult leader. 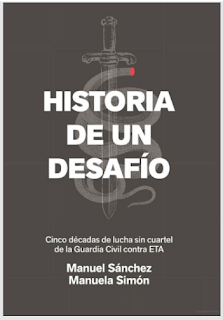 It is also important to set the record straight and point out that the so-called "special relationship" between Castro and Franco, that saw Che Guevara attending a bull fight with members of Franco's secret police, was not so special on the Cuban side. Manuel Sánchez and Manuela Simón in their 2017 book, History of a challenge five decades of relentless struggle of the Civil Guard against ETA (Historia de un desafío: Cinco décadas de lucha sin cuartel de la Guardia Civil contra ETA) reveal that "in the spring of 1964 ETA militants received training in Cuba with lessons on kidnappings, subversion, and sabotage. Thus began the ideological and terrorist training that would later be a constant in the history of the terrorist band."

The Cuban communist dictatorship has a long history of sponsoring and engaging in terrorism around the world, and Spain was not exempt.The Castro regime was never a friend of Spain, but has plunged the dagger deep while hiding its authorship. 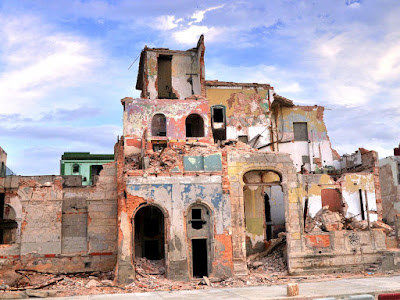 Finally with regard to Havana. The old great city deserves to be honored and celebrated especially on its 500th anniversary we should remember its origins and that for 383 years of its history a Spanish flag flew over the city.

On August 25, 1515 Spanish Conquistador Diego Velázquez de Cuéllar founded  San Cristóbal de La Habana, on the southern coast of Cuba, near what is today the town of Surgidero de Batabanó in Mayabeque province. Four years later on November 16, 1519, La Habana (Havana) was founded at its present location. Havana would thrive and flourish for centuries, but the arrival of the Castro regime in 1959 would usher in six decades of decay and destruction that continue. Havana is literally crumbling away. This dictatorship has developed an art for creating ruins that inspired a documentary by that name.