This letter to the editor was published in The Washington Post on October 30, 2020.

Letters to the Editor
Opinion

Cuba has a long history of using sonic weapons 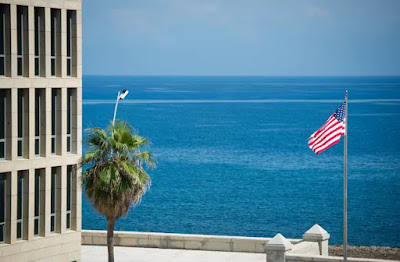 The Oct. 26 editorial “Another invisible enemy” was correct when it called for the perpetrators of sonic attacks on Americans in Cuba to be identified, Americans protected and a proper response delivered, but too many are quick to believe the claims from Cuban officials that nothing happened and that they had no knowledge of what caused the injuries.

The Castro regime has a history, stretching back decades, of harassing American diplomats such as: killing their pets, trying to run them down or crash into their vehicle and switching out mouthwash with urine.

Furthermore, on Oct. 18, dissident Cuban artist Tania Bruguera described and recorded a sonic attack that caused her a headache and ear ache that she found difficult to tolerate. Two former Cuban political prisoners, Ernesto Diaz Rodriguez and Luis Zuniga, described at a forum held on Capitol Hill in November 2017 how prison officials used high-pitched sound to cause them physiological harm in 1979. This history and the recent attack against Ms. Bruguera using the same kind of sonic weapon with similar symptoms that had been visited on U.S. diplomats should invite greater scrutiny of Havana.

The writer is executive director of the Center for a Free Cuba.