Rejection of request to protest by Castro regime is yet another example of intolerance of freedom of expression. Protest leader say N15 civic march continues. 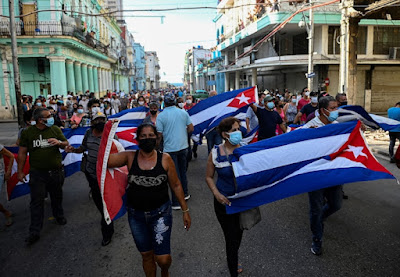 104 days ago today on July 11, 2021 tens of thousands of Cubans took to the streets across Cuba declaring that they were no longer afraid, and calling for an end to the dictatorship. The dictatorship's response was public, swift, brutal, and sustained. The regime's repression has not ended, but nor has the civic defiance and courage of Cubans.

Reuters reported on October 21st that Cuban prosecutors had summoned protest leaders (organized in a Facebook group called Archipelago, from across Cuba who are calling for protests on November 15th over curbs to civil rights in Cuba, and demanding an amnesty for jailed regime opponents) warning them against convening civic marches "under penalty of the law."

Lexi Lonas reported in The Hill, on the same day that "a Cuban protest leader said Thursday his group will gather for a demonstration in November despite warnings from a prosecutor that doing so could have legal ramifications." Lonas cited a quote by Yunior Garcia, leader of the Archipelago group, taken from Reuters stating, "we are not mercenaries, nor are we receiving orders from anyone." ... "We are openly demonstrating a difference of opinion.”

Expressing a difference of opinion with the Castro regime is a dangerous proposition in Cuba.

Expressing a difference of opinion in Cuba is a criminal offense under the dictatorship's legal code, and in practice. Erika Guevara-Rosas, Americas director at Amnesty International, with regards to the upcoming November 15th Civic March said:

“Groups of people from various provinces around the country have been submitting requests in recent weeks to different local governments asking for authorization to carry out peaceful marches, organized in a clearly defined way in a legitimate exercise of their right to freedom of expression. Instead of guaranteeing these rights, President Miguel Díaz-Canel’s government has declared these civil society marches ‘illegal’ and ‘unconstitutional’, once again violating the right to peaceful protest in Cuba.”

The spontaneous nonviolent protests that took place in Cuba in mid-July were met with deadly force and hundreds, if not thousands of Cubans jailed. Cuban human rights defenders addressed this matter to the Inter-American Commission on Human Rights (IACHR) audience titled "Human rights situation in the context of protest in Cuba". However Black human rights defender Manuel Cuesta Morua was blocked by Havana from speaking.

President Miguel Diaz Canel, handpicked by Raul Castro, told Cubans in a televised national public address on July 11th: "They [protesters] would have to pass over our dead bodies if they want to confront the revolution, and we are willing to resort to anything.” Diaz-Canel made explicit his demand for violent confrontation stating: "We are calling on all the revolutionaries of the country, all the communists, to take to the streets and go to the places where these provocations are going to take place today from now on, and in all these days and face it decisively, firmly, with courage." He concluded his address to the country declaring: "The order of combat is given, revolutionaries take to the streets."

Regime agents dressed in black, and police officers fired their weapons on unarmed protesters, and some of the Cubans, who survived these encounters, showed where some of the rounds had passed through them. Not all survived these encounters with the dictatorship's security forces. On July 12th, the second day of the uprising, Diubis Laurencio Tejeda, (age 36) was shot in the back by police. NGOs initially placed the number of extrajudicial killings at five during the protests, but the total number remains unknown. Video emerged on July 15th of the aftermath of Diubis being shot in the back and posted over Twitter. 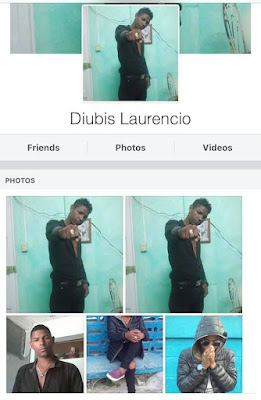 Human Rights Watch in their October 19, 2021 report "Cuba: Peaceful Protesters Systematically Detained, Abused" describes in detail how the regime is still using arbitrary detention, ill-treatment (including gender-based violence), and summary trials that fall far short of international standards to directly impact hundreds of Cubans. According to Human Rights Watch there are 1,000 Cubans detained and 500 current political prisoners, but these are partial numbers painstakingly gathered by human rights observers such as CubaLex that have also been threatened for their work documenting human rights violations.

Cuban dissidents responding to this violent and ongoing crackdown have asked for help and solidarity. 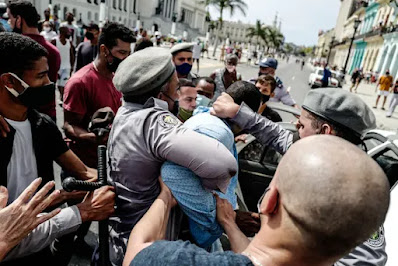 Eileen Kinsella reported in ArtNet News, on October 19, 2021 in her article "Havana Biennial Boycott Gathers Support, With Hundreds Signing Open Letter Against Government Crackdown" that a long "list of Cuban and international artists and experts have signed an open letter that was posted on e-flux" that include artists Tania Bruguera and Coco Fusco, as well as Cecilia Fajardo-Hill, a British/Venezuelan art historian and curator of modern and contemporary art, calling for a boycott of the 14th Havana Biennial to protest "injustices committed by the Cuban government against its citizens, including harassment and wrongful imprisonment." High profile names have already withdrawn from the event, including Swiss artist Ursula Biemann, French critic Nicolas Bourriaud, artists Nathalie Anguezomo Mba Bikoro and Aimee Joaristi Argüelles, and curator Maria Belén Saez de Ibarra, according to Hyperallergic.

Thus far, this example of solidarity has not been replicated in the Paris Club. Marc Frank reported for Reuters on October 20th that the Castro regime "reached a deal with the Paris Club of creditor nations to postpone an annual debt payment due in November until next year, according to diplomats from five of the governments involved, the latest sign the Communist-run country is suffering a grave foreign exchange crisis. The historic 2015 Paris Club agreement with Havana forgave $8.5 billion of $11.1 billion in sovereign debt Cuba defaulted on in 1986, plus charges. Cuba agreed to repay the remainder in annual installments through 2033, but only partially met its obligations in 2019 and defaulted last year." The Economic Eye on Cuba, the blog of the New York based U.S.-Cuba Trade and Economic Council, Inc. reported on this deal with an important note reproduced below.

NOTE: Individuals participating in the negotiations shared on background that the group of creditor countries have no expectation that the Republic of Cuba will maintain the terms of a newly-termed debt repayment agreement. The altering of debt repayment terms was pro forma as the Republic of Cuba continues to be in arrears for hundreds of millions of dollars of private sector commercial debt including to joint venture partners, and continues to seek debt forgiveness and debt restructuring of private sector commercial debt. There is an expectation that long-term government-to-government financing programs for infrastructure and durable products will become donations.

These "donations" to the dictatorship in Cuba are assisting in the repression of the Cubans. The Assembly of the Cuban Resistance, a coalition of pro-democracy and human rights groups inside and outside Cuba, issued a press release condemning the deal reached by the Paris Club and the Castro regime and explained how "this concession to the Cuban regime will serve to subsidize repression in Cuba, as the regime continues to buy military equipment to crack down on civil society and peaceful demonstrations. On June 10, 2021, 240 Cuban leaders and activists signed a letter, asking the Paris Club to not collaborate with repression in Cuba. Their fears were confirmed on July 11, 2021, and unfortunately Cubans expect to see the same levels of violence and military and police deployment on November 15, 2021, as the Cuban Prosecutor’s Office has threatened the organizers of the upcoming peaceful demonstration."

The Christian Liberation Movement, based in Cuba that led the Varela Project which over 35,000 Cubans in the island signed, called for the isolation of the Castro dictatorship with the following proposal that contains eleven measures that includes the ongoing and successful boycott of the 14th Havana Biennial, but also not granting the Cuban regime lines of credit, and placing an arms embargo on the dictatorship.

We propose that until the dictatorship unconditionally releases all those arrested for the peaceful demonstrations and all political prisoners and prisoners of conscience, and holds free and plural elections:

– The Cuban regime should be excluded from participating in any international forum, Summit and event.

– Cuba should be investigated and condemned for its human rights violations by the U.N. Human Rights Council.

– Lines of credit should not be granted to the Cuban regime.

– Foreign investments and tourism to Cuba should be discouraged.

– All products exported from Cuba, either directly by the regime or through foreign companies associated with Cuban tyranny, should be boycotted.

– Cuba should be banned from all international sporting, cultural and academic events.

– Visas to military junta officials and relatives, and to members of Cuba's Communist Party and all organizations and institutions who take part in repressive actions or support the repression, should not be granted or should be revoked.

– Channels to send humanitarian aid should be facilitated as part of this campaign to isolate the regime and in solidarity with the Cuban people.

– An international commission to support democracy in Cuba should be created. It should promote that these and other measures are executed, and should watch over its implementation.

Dictatorship's like the one in Havana understand only one thing, force, but it can impact them in many ways and the list above demonstrates the power of nonviolent, civic action.