The Cuban authorities are continuing to stifle freedom of expression on the island in spite of the much-publicized recent wave of releases of prominent dissidents, Amnesty International warned ahead of the eighth anniversary of a crackdown on activists.

Hundreds of pro-democracy activists have suffered harassment, intimidation and arbitrary arrest in recent weeks as the Cuban government employs new tactics to stamp out dissent.

Of 75 activists arrested in a crackdown around 18 March 2003, only three remain in jail after 50 releases since last June, with most of the freed activists currently exiled in Spain. Amnesty International has called for the remaining prisoners to be released immediately and unconditionally.

"The release of those detained in the 2003 crackdown is a hugely positive step but it tells only one side of the story facing Cuban human rights activists," said Gerardo Ducos, Cuba researcher at Amnesty International.

"Those living on the island are still being targeted for their work, especially through short-term detentions, while repressive laws give the Cuban authorities a free rein to punish anyone who criticizes them.”

"Meanwhile, three of the prisoners detained eight years ago still languish in prison and must be freed immediately."

In one recent crackdown the authorities detained over one hundred people in one day in a pre-emptive strike designed to stop activists marking the death of activist Orlando Zapata Tamayo, who died following a prolonged hunger strike while in detention.

On 23 February, the one-year anniversary of Tamayo's death, according to the Cuban Commission of Human Rights and National Reconciliation, the authorities placed over 50 people under house arrest before freeing them hours later. 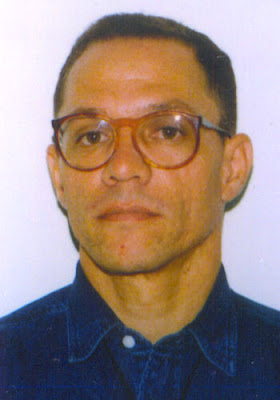 Activist Néstor Rodríguez Lobaina, was recently named a prisoner of conscience by Amnesty International after being detained without trial for over three months.

The president of the Cuban Youth Movement for Democracy was arrested after organizing an activists' meeting inside his own home.

"Cubans are still at the mercy of draconian laws that class activism as a crime and anyone who dares to criticise the authorities is at risk of detention," said Gerardo Ducos.

"In addition to releasing long-term prisoners of conscience, to properly realize freedom of expression the Cuban government also has to change its laws."

Seventy-five people were jailed in a massive crackdown against the dissident movement around 18 March 2003 for the peaceful exercise of their right to freedom of expression. Most of them were charged with crimes including “acts against the independence of the state” because they allegedly received funds and/or materials from US-based NGOs financed by the US government.

They were sentenced to between six and 28 years in prison after speedy and unfair trials for engaging in activities the authorities perceived as subversive and damaging to Cuba.

These activities included publishing articles or giving interviews to US-funded media, communicating with international human rights organizations and having contact with entities or individuals viewed to be hostile to Cuba.