Russia, China, Cuba today backed Syria at the Human Rights Council a flagrant disregard for Human Rights. Why are they members? - Mia Farrow tweeted on March 1, 2012 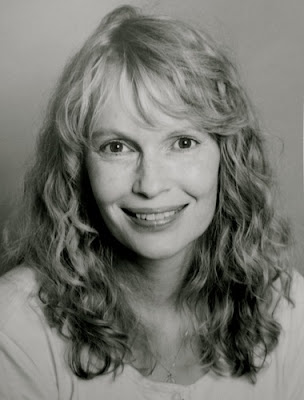 On March 1, 2012 the United Nations Human Rights Council adopted a resolution on the human rights crisis in Syria" with 37 countries voting for the resolution, 3 against (Cuba, Russia & China) and 3 abstentions. The argument made by the diplomats of the dictatorship in Cuba are a shameful obfuscation of the facts on the ground in Syria. The analysis of the situation and the question poised by the actress and humanitarian activist Mia Farrow is on point.
Human Rights Watch researcher Anna Neistat and an army defector talk about the Syrian military's attacks on civilians, which constitute crimes against humanity.
According to the International Service for Human Rights, the Castro regime "criticized what they saw as the failure of some countries to acknowledge the efforts being made by Syria. During the informals on the draft text held prior to the urgent debate, China, Cuba, and the Russian Federation had called for the text to make positive reference to the recent referendum held in Syria on a revised constitution." The Cuban regime's diplomats failed to mention that the referendum was held while Assad's artillery pounded a Syrian city killing scores of Syrians. On February 28, 2012 Ambassador Rodolfo Reyes said that the regime in Cuba "was concerned at the loss of innocent lives anywhere but rejected attempts to attribute responsibility for all of the violence to the Syrian regime." The fact of the matter is that throughout most of the struggle against Assad the opposition was firmly committed to nonviolence and was slaughtered in mass.
Castro's Ambassador in Geneva Rodolfo Reyes defends Syrian despot
On March 1, 2012 the Castro regime's ambassador, Rodolfo Reyes, stated that passing a resolution condemning the systematic and gross human rights violations in Syria would lead to "destruction and the multiplication of deaths." The full statement by Ambassador Reyes is embedded below and is a diplomatic defense of the Assad regime in Syria.
Amnesty International and Human Rights Watch in a joint statement described the situation in Syria within an international context:

On 6 February 2012, the UN Secretary General called the escalating violence in Syria, particularly the mounting death toll and continued onslaught on the city of Homs, “totally unacceptable before humanity”. The Secretary-General reminded the Government that “it is accountable under international human rights law for all acts of violence perpetrated by its security forces against the civilian population”. The UN High Commissioner for Human Rights Navi Pillay said on 8 February she was appalled by the Syrian Government’s wilful assault on Homs, and its use of artillery and other heavy weaponry in what appear to be indiscriminate
attacks on civilian areas in the city. Like the Secretary-General, she pointed to the obstruction of Security Council agreement on firm collective action, which had seemingly “fuelled the Syrian Government’s readiness to massacre its own people in an effort to crush dissent.” Speaking at the General Assembly on 13 February, the High Commissioner said: “The longer the international community fails to take action, the more the civilian population will suffer from countless atrocities committed against them.”
The Syrian Government continues to ignore international concern over the ongoing repression. For nearly a year, our organizations have reported on the attacks by the security forces against Syrian protestors and civilians, including unlawful killings, arbitrary detention, torture, enforced disappearances – and most recently the bombarding of civilian residential areas by the Syrian army.
Many children have been among the victims. Amnesty International has received the names of 375 children killed since March 2011. Forty five of these have died since 3 February this year, 29 of them in Homs. Others, some as young as 13, have reported to Human Rights Watch that after they were arrested, officers kept them in solitary confinement, severely beat and tortured them with electro-shocks, burned them with cigarettes, and left them to dangle from metal handcuffs for hours at a time, centimetres above the floor.
Like the High Commissioner for Human Rights and the Independent International Commission of Inquiry on Syria, we have documented crimes in Syria, that in light of their nature and scale, constitute crimes against humanity and we continue to urge the Security Council to refer the situation in Syria to the Prosecutor of the International Criminal Court.

The regime does not only defend other mass violators like itself but goes on the offensive against basic rights and freedoms whenever possible creating disruptions and obstacles. Juan Antonio Quintanilla Roman , a Castro regime diplomat, on February 29, 2012 used a point of order to interrupt the discussion on freedom of expression on the internet. His so called point of order was out of order with the aim of disrupting a discussion on free expression. The video of the autocratic "diplomat" is available below with English simultaneous translation and also in the original Spanish:
Castro diplomat Juan Antonio Quintanilla Roman makes a "point of order" and gets called on it.
The Cuban dictatorship does not belong on the UN Human Rights Council not only does it defend murderous regimes such as Syria, systematically violate the human rights of Cubans but also undermine the legitimacy of the Council. Why is Cuba a member?
Posted by John Suarez at 11:39 AM