Overcoming Fear in China: The Life of Artist and Activist Ai Wei Wei

"Only by encouraging individual freedom, or the individual power of the mind, and by trusting our own feelings, can collective acts be meaningful." - Ai Weiwei on 31 May 2010 and 1 June 2010 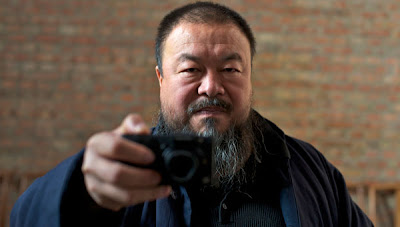 The Miami International Film Festival will be screening the film documentary AI WEIWEI: NEVER SORRY at 7pm tonight (March 9, 2012) and again on Sunday, March 11, 2012 at 7:30pm. It is a film about an artist who is also a human rights activist in China. He has criticized the Chinese government's stand on democracy and human rights while also denouncing government corruption. He has been arrested and held in custody for over two months in 2011.

Watch Who's Afraid of Ai Weiwei? on PBS. See more from FRONTLINE.

In the Frontline Documentary Who's Afraid of Ai Wei Wei? the artist/activist made clear that he is not fearless: "I was so fearful, that’s not fearless. I am more fearful than other people, may be, then I act more brave because I know the danger is really there. If you don’t act, the dangers become stronger."

The director, Alison Klayman, will be available to answer questions about the documentary Never Sorry following the screenings.

The Sundance Film Festival provided the following synopsis of the film:

Ai Weiwei is known for many things—great architecture, subversive in-your-face art, and political activism. He has also called for greater transparency on the part of the Chinese state. Director Alison Klayman chronicles the complexities of Ai’s life for three years, beginning with his rise to public prominence via blog and Twitter after he questioned the deaths of more than 5,000 students in the 2008 Sichuan earthquake. The record continues through his widely publicized arrest in Beijing in April of 2011. As Ai prepares various works of art for major international exhibitions, his activism heats up, and his run-ins with China’s authorities become more and more frequent.

In this unprecedented look at Ai and those close to him, Klayman’s camera captures his forthrightness and unequivocal stance. She gives a larger picture of the artist as an individual, a symbol of China’s oppression, and a powerful voice against a country that still denies its citizens many basic freedoms. 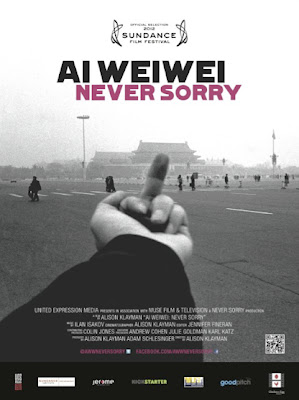